I think this update is super powerful in terms of deal management:

Deal Probability is now a property on Deals and can be edited individually by users or in bulk by workflows. The default value for each deal stage is still controlled in Deal Settings.

By exposing this property, we can simplify how probabilities are used across Deals, Forecasting, and Reporting.

We are also exposing the Weighted Amount property that is used in reports as a non-editable field. It is equal to the Deal Amount multiplied by the Deal Probability.

Also, when you go to the action dropdown option on the deal card, under your main Deals tab, you can now see all the deals with no activities record, this will allow your sales reps to take the appropriate action on stalled deals  that have been untouched for a while for some reason (screenshot attached), amazing I'd say 🙂 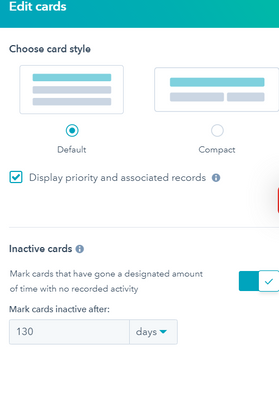 I can't find Deal Probability in my propserties. Is this updare available to HubSpot Professional users?

Thank youn for reaching out.

You should see this property in your account - I would recommend connecting with HubSpot Technical Support, as Support is included in your subscription and they will be able to provide real-time assistance for this matter.