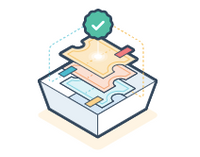 It is possible to identify the reason a ticket re-opened?

The use case is that I want to perform different actions once the ticket is closed, depending on why it re-opened.

Basically, if we're re-opening the ticket manually, it's because something wasn't done right with the resolution the first time around. A user will re-open the ticket as a way of saying "hey, we still need to fix this," and then when the ticket is closed, we want to create a task to indicate that the resolution needs to be reviewed. But we don't need that same follow-up action at the end if the ticket re-opened because of a customer email.

Would love to hear any suggestions, and thanks in advance!