Search Share Your Work for solutions or ask a question
Turn on suggestions
Auto-suggest helps you quickly narrow down your search results by suggesting possible matches as you type.
Showing results for
Search instead for
Did you mean:
Options

Using HubSpot as a 'Central Hub' for approving, editing and sending social posts

It's your pal, back at it with another fresh drop of knowledge for you. I am assuming this concept has been written about elsewhere, and probably better, but I had a few minutes to mock up a concept for a colleague's client, and it seemed worth sharing.

What does this solve for?
So let's say that you want to, via API, send HubSpot a bunch of draft social messages so that the various teams that maintain those channels can get a 'template' of sorts, that could then be edited and altered in such a way to better cater to the audience, and then sent to those channels.

While the 'new' API docs have all the Social endpoints in the 'deprecated' api calls state, it appears the V1 endpoint is still supported for this:

Key takeaways: Auth via oAuth or Private Apps use "channelGuid": {guid} to specify which social media channel in the account the message is sent to

You will differentiate the posts only by the channelGuid 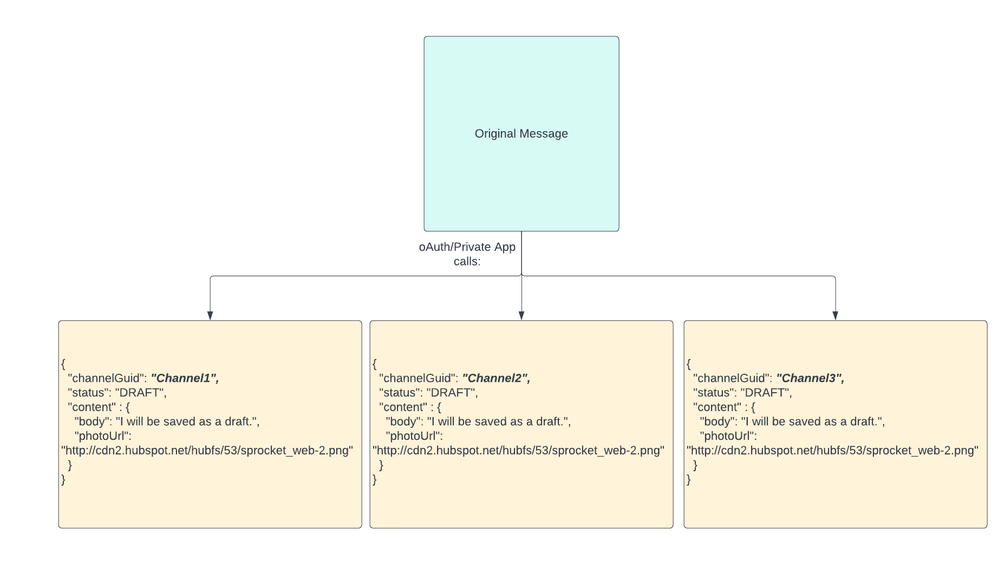 I hope this helps anyone thinking of doing something similar!

Have a great day!

Using HubSpot as a 'Central Hub' for approving, editing and sending social posts