Search Share Your Work for solutions or ask a question
Turn on suggestions
Auto-suggest helps you quickly narrow down your search results by suggesting possible matches as you type.
Showing results for
Search instead for
Did you mean:
Options

I was initially struggling with how to easily create realistic Hubspot sample data for testing. Something that would hopefully involve less work than juggling data between API calls.

For anyone else in a similar spot, here's a walkthrough for how to generate a large volume of realistic and associated records in the CRM using the Hubspot admin UI and Mockaroo.com (an online tool data generation tool) -

The video above and steps below detail creating a set of associated Companies, Contacts, and Deals – but a similar approach should work for other object types as well.

High-Level Steps (for example to create an associated set of Companies, Contacts, Deals) –

(CSV files that would be imported in step 3 above)

(CSV files that would be used in Mockaroo modeling in step 2 above. Some sets that have many options, like Web Technologies and Industry may make sense to duplicate and trim to a subset of meaningful values to have a greater likelihood of seeing repeat values and patterns across generated dummy data.)

@Clayton_ 👌 clutch move to help the community power through details and start pumping out results.

I have added this to the Developer Board landing page! 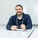 Makes me happy to see someone work hard, clearly communicate, and the community elevate the work #loveit 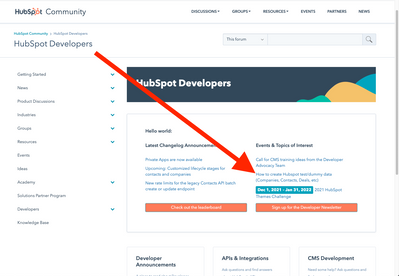 @Clayton_ , this is great. Thanks for sharing. I love to have random movie sets or The A-Team as contacts for small projects : )

What you've here is a great rundown! Looking forward to incorporating some of your work here.

Thanks for sharing, @Clayton_ ! This is fantastic 😄