The "Close date" property (crucial in our workflow) in our deal pipeline is broken...

Anyone else here experiencing this issue?

Hello @stijnvl could you please share a screenshot of this behaviour? 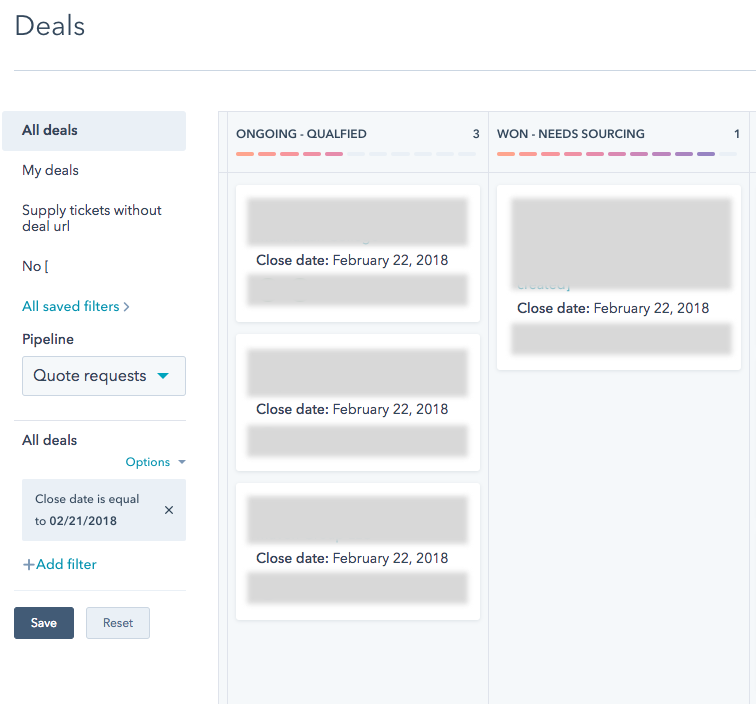 @roisinkirby Any update on this? This bug is really messing up our reporting, with closed deals showing in wrong weeks

Our issue is similar, but I think backwards from yours?

Our Sales organization is primarily in Austin, TX.  Previously they were in NJ; note - behavior is the same even after the relocation.

Sales Rep creates and/or closes a deal on Feb 1, 9:42am CT.  HubSpot creates an update on the property that instead stores the date as January 31, at 10pm PT.

No matter what the create / close date is, HubSpot ALWAYS reverts it to 10pm PT the prior day.

Trying to accurately forecast, pay commissions, report weekly / monthly (etc.) revenue, and so many other critical measurements becomes impossible, when the actual transaction dates are always transposed to the previous date.

We initially discovered and reported this behavior to HubSpot support in August of 2017 as far as I can tell.  We've re-reported it twice since, yet it's been 6 months since we've received any follow up.

We're scaling rapidly, and this is becoming a signficant barrier in our ability to manage our business.

Looks like HubSpot has not addressed the issue. I am running a filter on Deals as follows: "Close date is between 11/01/2018 and 11/01/2018" and I am getting deals with a close date of 10/31/2018. Also, it appears that the 'between' does not really mean 'between.' I think in all of their filters it really means that it includes that data and the days between - always including the days on the end of the query. 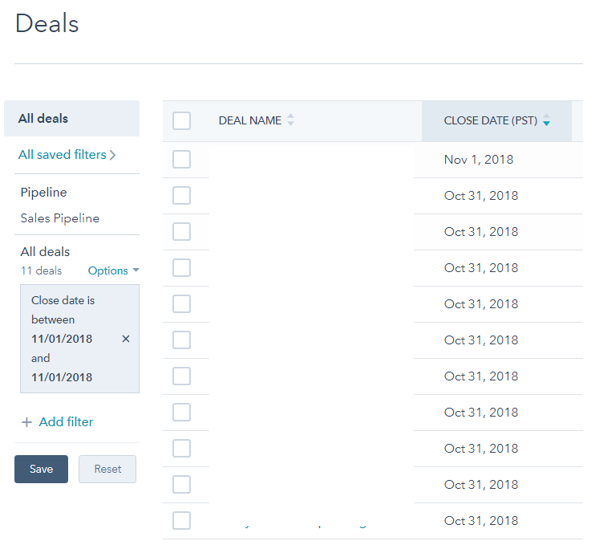 Have you checked the time zones of your portal vs your computer vs the people setting the close date? I've seen date issues in the past when there are time zone difference involved, and where the date you're seeing is only 1 day before, I wonder if that could be the issue?

I have not checked the time zone of the computers setting the dates, however that should not matter. "When" I set the close date to an deal should not have anything to do with "the date" I set on a deal. I should be able to backdate the close date on a deal today (November 😎 back to October 31 and when I run a filter to show me deals that 'closed' based on closed dates from October 1 to October 31 - it should show up. If the system is using some back-end system time-stamp of when a close date was set... then it's messed-up.