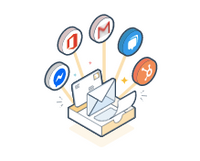 My Chrome extension has been working fine the past few weeks, except today I notice the extension doesn't seem to exist anymore. I don't even see an area for extension settings in the Chrome browser settings so not sure how to check and see if it is still installed.

I'm suspicious of the recent Gmail update but equally confused since I don't see it as an extension...? How to check to ensure it is still properly installed?

I found it was corrupted and needed to be repaired. There was a repair option displayed, I selected it it, and within moments it was working again. Not sure what caused it or what a repair does, but it worked. I suspect the recent Gmail format switch caused it but not sure.

If you go to this link, does it show as already installed? If not, I would recommend reinstalling it and starting fresh.

If it is showing as installed, I would recommend following the steps outlined here to see if you can find the extension.

I found it was corrupted and needed to be repaired. There was a repair option displayed, I selected it it, and within moments it was working again. Not sure what caused it or what a repair does, but it worked. I suspect the recent Gmail format switch caused it but not sure.

Having built a chrome extension that interacts with a site I don't control, I can kinda explain what likely caused the problem.

Basically Gmail has no idea the extension is manipulating it and adding features and functionality.

Google can update Gmail at any time, in addition apps like gmail are very complex different things can change their state - such as going to a settings screen, or opening a compose window.

All of these things the chrome extension has to be ready and expecting to happen at any time -- and be ready to accomodate if those things affect the visibility or functionality of the extension's injected content.

The repair feature you mentioned is likely a function the HS devs who built it, implemented for those scenarios where "something happened, we don't know what, we don't know how to accomodate" basically.

If in the future that feature doesn't solve your problem, it is likely the chrome extension needs an update to fix the integration with Gmail. I helped build the HS Dev Chrome extension which adds features on-top of HubSpot's Design Manager, and if HS makes a change I may have to make an update to accomodate for that change in the extension.

When that happens you can actually trigger Google Chrome to force update your chrome extensions. That way you'll know you're on the latest version.

Of course force updating will only help if an update has been released. It takes us devs time to make the tweaks and so it is possible it will not function as expected for a day or two until we can get it fixed.

Messages posted by this account have been preserved for their historical usefulness. Jon has a new profile now.
Reply
0 Upvotes