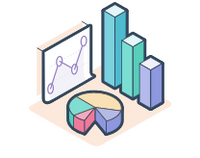 I acquire a large % of contacts through Paid Search. This drives a funnel of contacts who:

A contact created in January through Paid Search, may subsequently click 3 different retargeting ads over the course of February and then become a customer in March. Let's say all of the retargeting ads have utm-source=adroll for the rest of this story.

Here's where the issue comes into play for reporting on retargeting efforts. Since all of these contacts are "Original Source = Paid Search" it doesn't seem there's any way to report against interaction with additional UTM parameters later in their lifecycle.

Request:
What I'd love to have is a funnel report that shows lifecycle stage by utm-source. The closest thing I can find out of the box in Hubspot is the Ads report, which includes attribution, but is limited to three networks (Google, Linkedin, Facebook) -- which prevents me from analyzing ROI from any other ad networks.

Is anyone out there analyzing how sources other than the original are contributing to lifecycle stages? If so, how?

Hey @Krystina @Phil_Vallender @Kim_HM could you please share your thoughts about this?

HubSpot experts where are you! Bishop's post hit the nail on the head for my organization and I'd assume any org out there using ads for acqusition and retargeting.

@Bishop - I'm thinking about creating a set of custom fields for "Most Recent Source", "Most Recent Source Drill-Down 1", and setup hidden fields on my forms to capture the UTM data and post it to those new fields. There is already a native "Recent Date" contact property that updates with each form submission so the above would hopefully allow us to at least create a report that analyzes LCS by by most recent conversion date and UTMs. It's not perfect but I'll let you know how it goes.

This seems to be a serious gap in the overall data model. I have not tried this yet, but I am looking into using a custom object that would be akin to a Salesforce Campaign Member. Each record would have the following properties/references:

- all UTM data (specifically from this engagement)

So any given contact could have multiple campaign member records. One thing I am not sure about is if/how this could be tied to relevant deal records - would it happen automatically via the contact records?

Will this work? What am I forgetting?