Sending emails is great. But if they’re not actually driving revenue, what’s the point? For a marketer, it’s critical that you connect all your efforts to the bottom line, both to show your value to your company, and to ensure you’re focusing on the most impactful efforts in the future. With that in mind, we’re breaking down the wall between marketing emails and deals in HubSpot for the first time. For abandoned cart emails, you'll now be able to see exactly how your efforts are contributing to closed deals and revenue.

You'll now see a new set of stats on the post-send email screen, telling you how much revenue your abandoned cart email influenced.

Below that, you’ll see a new roll-up report of clicked product links in the “Top Clicked Links” panel: 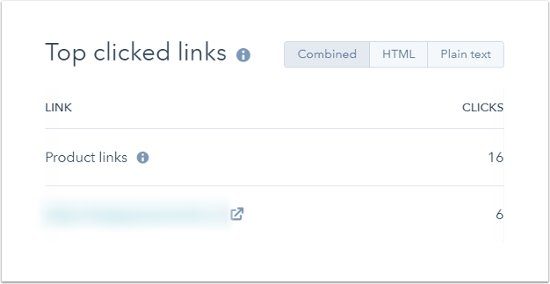 Beyond this, there is also an additional breakdown of recipients who closed a deal, and what they ordered (+ revenue) on the Recipients tab of the details screen: 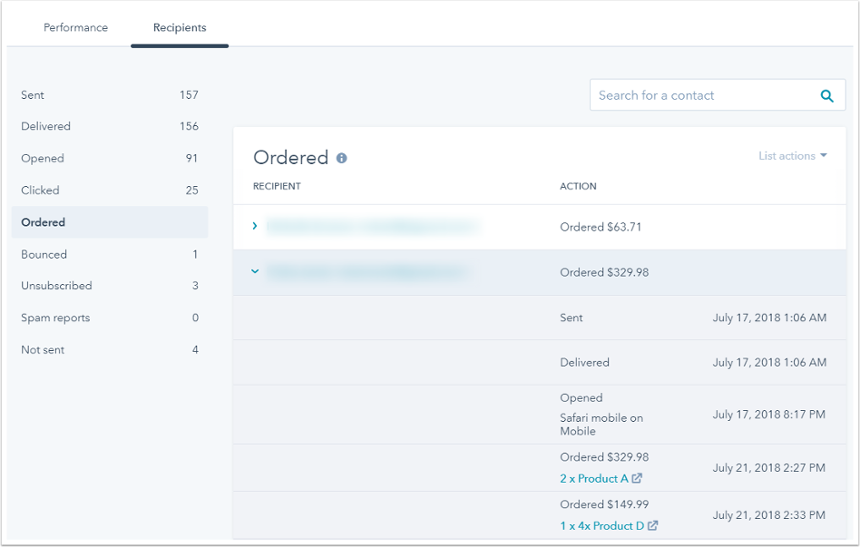 This feature is now available on all abandoned cart emails built within the ecommerce integration in HubSpot.