Why does it matter?

Attribution reporting is a holistic way to see which of your efforts actually helped you reach your goal. Campaigns are one of the most powerful ways to align your team around specific, goal-driven initiatives. Bringing attribution reporting into the campaigns app itself enables you to get the credit for the impact a campaign has had. Moreover, you get an incredibly detailed breakdown of the part each individual asset/interaction played, whether that's generating new contacts, creating new deals, or driving revenue for the business.

How does it work?

When you visit the details page for a campaign, you'll see the "Attribution" tab within the Campaigns tool, labeled [New]: 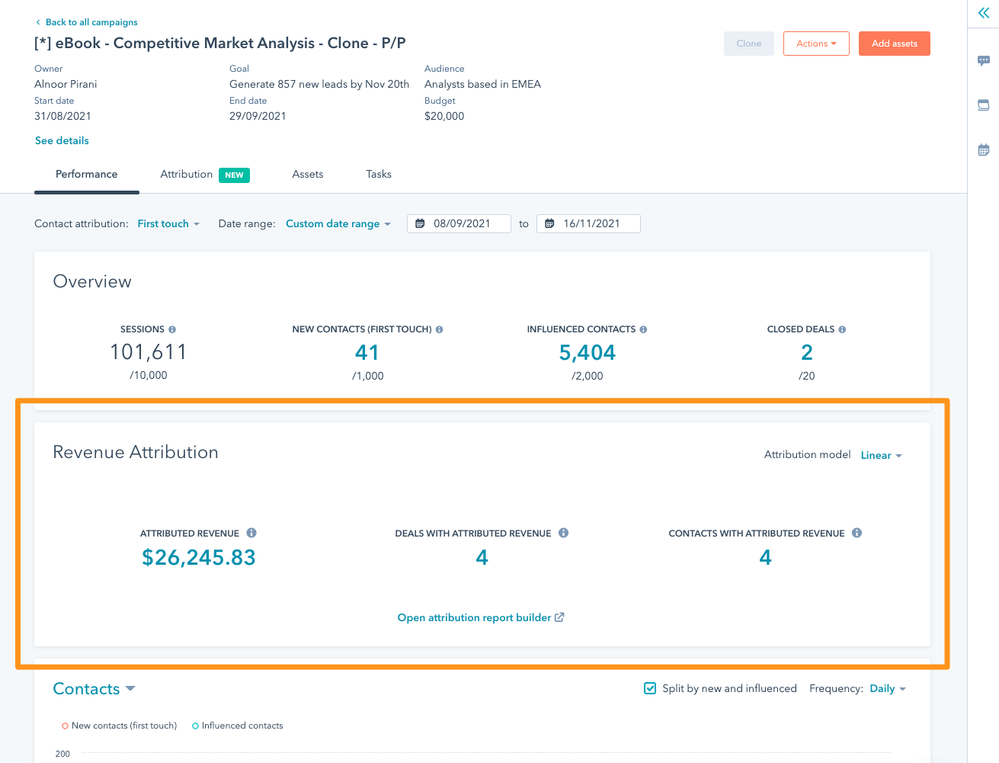 Navigating to the Attribution tab itself next, you'll find a few options presented to you: 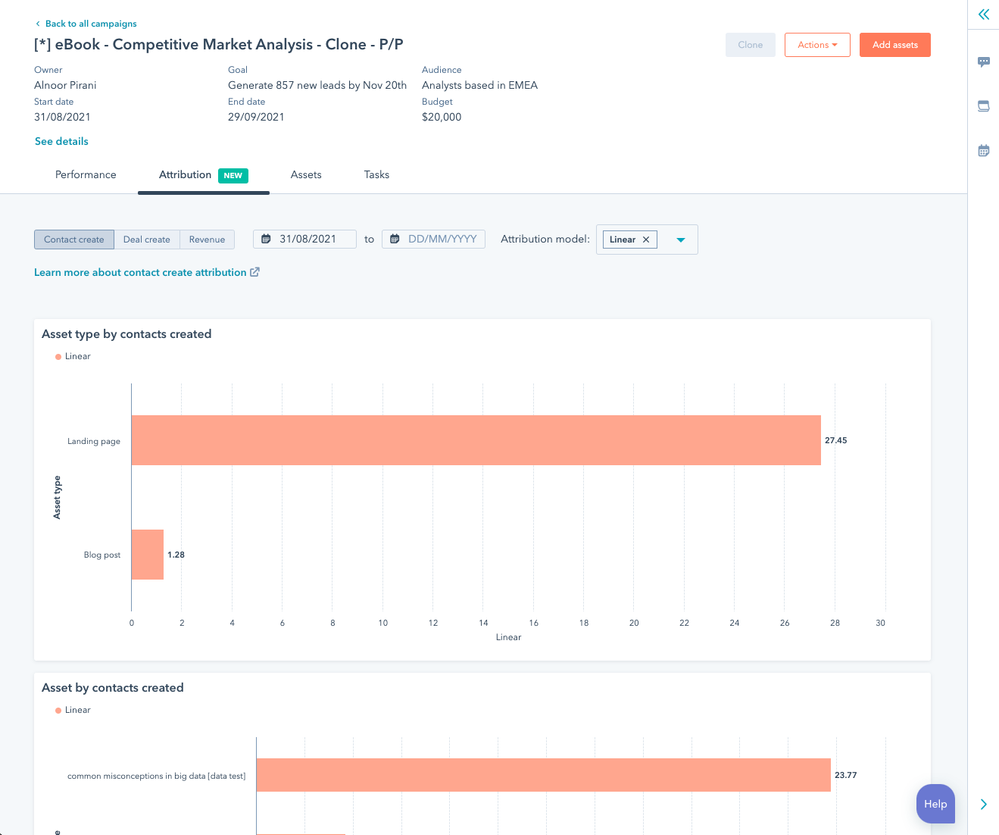 First you'll see a toggle at the top allowing you to choose between Contact create, Deal create and Revenue attribution reports, modify the date ranges reported on (defaulting to the "Start date" of the campaign), and add/modify the attribution models you're reporting on. From here you have several embedded reports at your fingertips including:
Contact create:
Deal create:
Revenue:
You can view the embedded reports, and stack attribution models to gain a broad overview of the impact your campaign has had on your business, including the ability to drill into specific data points: 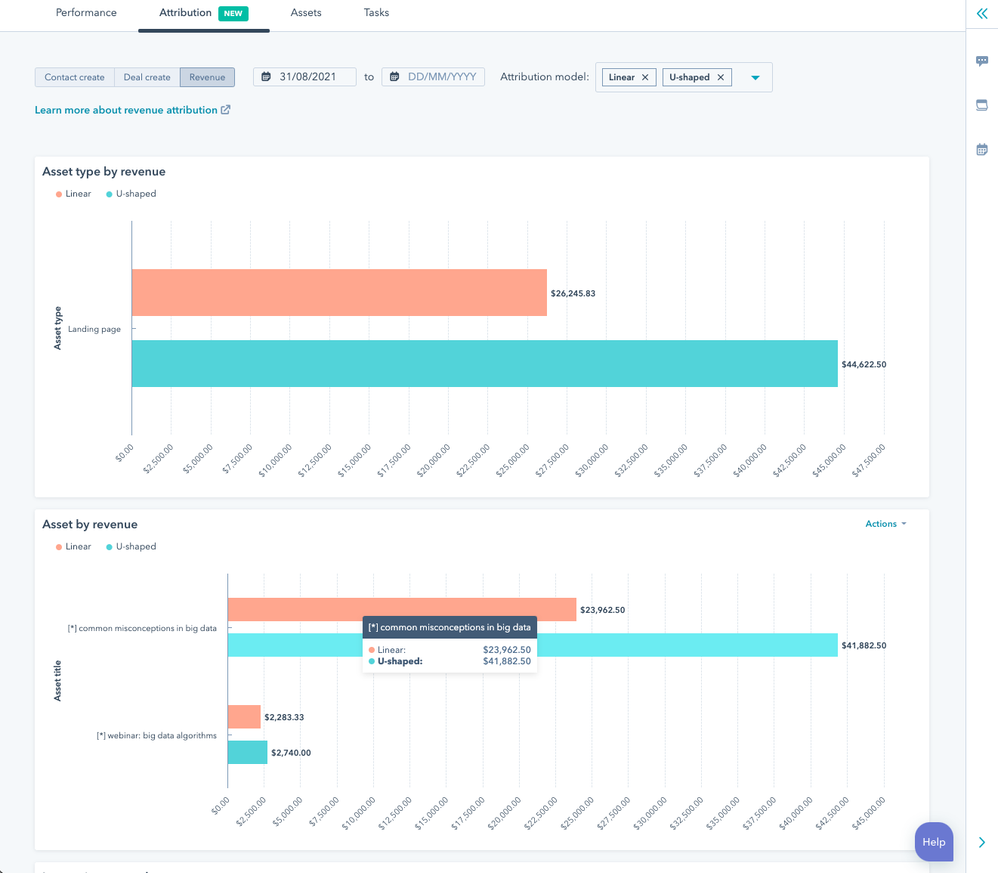 Under the "Actions" menu for each report you can also save that chart to a new/existing dashboard, open this report in the report builder as a jumping off point, or export the data behind the report to CSV/XLS/XLSX format: 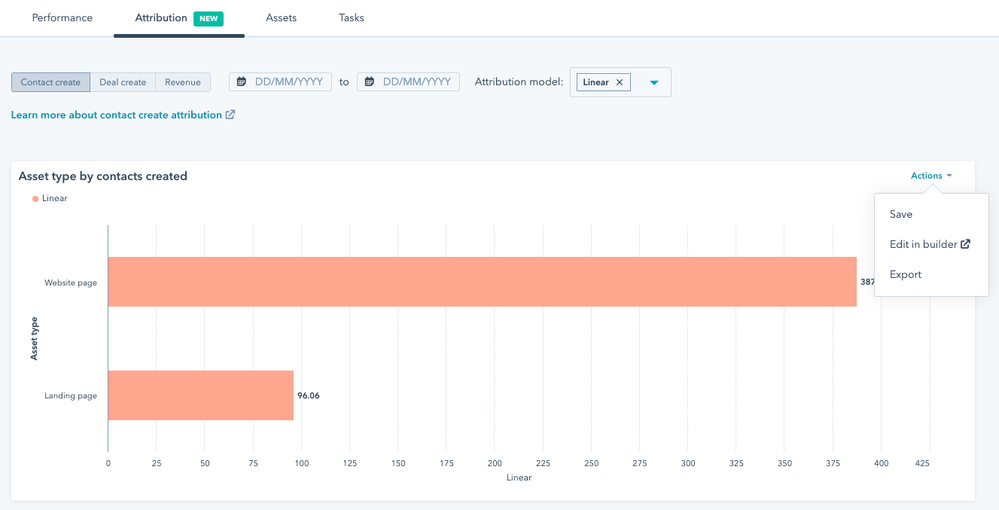 This feature is currently available for Marketing Hub Enterprise customers.