What is it?
The ability to create tasks on deals automatically when deals change stages.

Why is it important?
In using the CRM, your team typically has a standardized process once deals enter your pipelines. For example, you might have certain steps that are always taken when a demo or proposal is requested. Naturally, you might want to use tasks to help your sales reps follow this process.

Before, you could create tasks automatically in workflows, but they could only be associated with contacts --- even if they were triggered off of associated deals. This resulted in a lot of problems: if a contact had multiple deals it was impossible to tell which deal that task was related to, and if a deal had multiple contacts, all of them would get the same task created for them.

Now, you can create tasks directly on deals. This makes it clear exactly which deals the tasks are related to --- making the sales process that much easier for you and your sales reps to execute.

How does it work?
When setting up your Sales Pipelines, click the new “Automation” tab. For each pipeline, you’ll see a column, and the ability to add tasks for deals when they reach that stage: 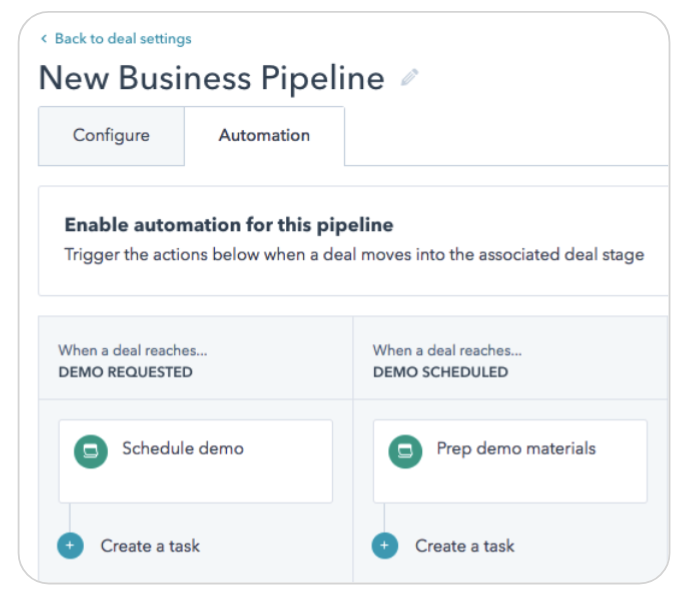 Hit “Create a task” and fill out the prompts: 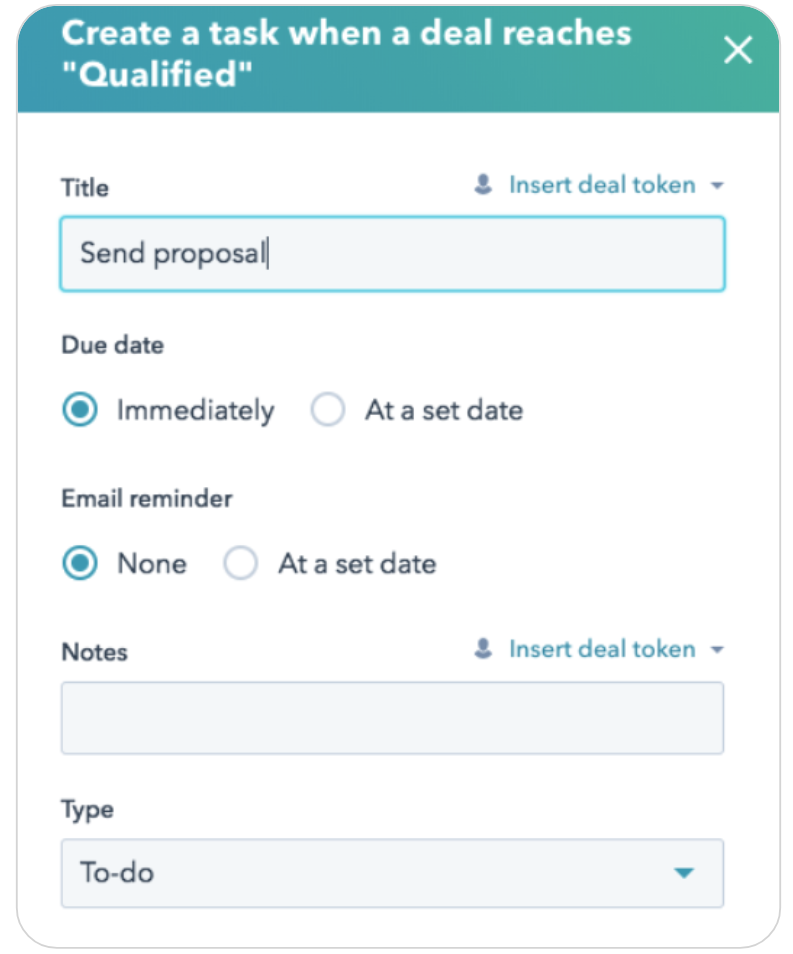 Note you now have the ability to assign tasks to custom owners: 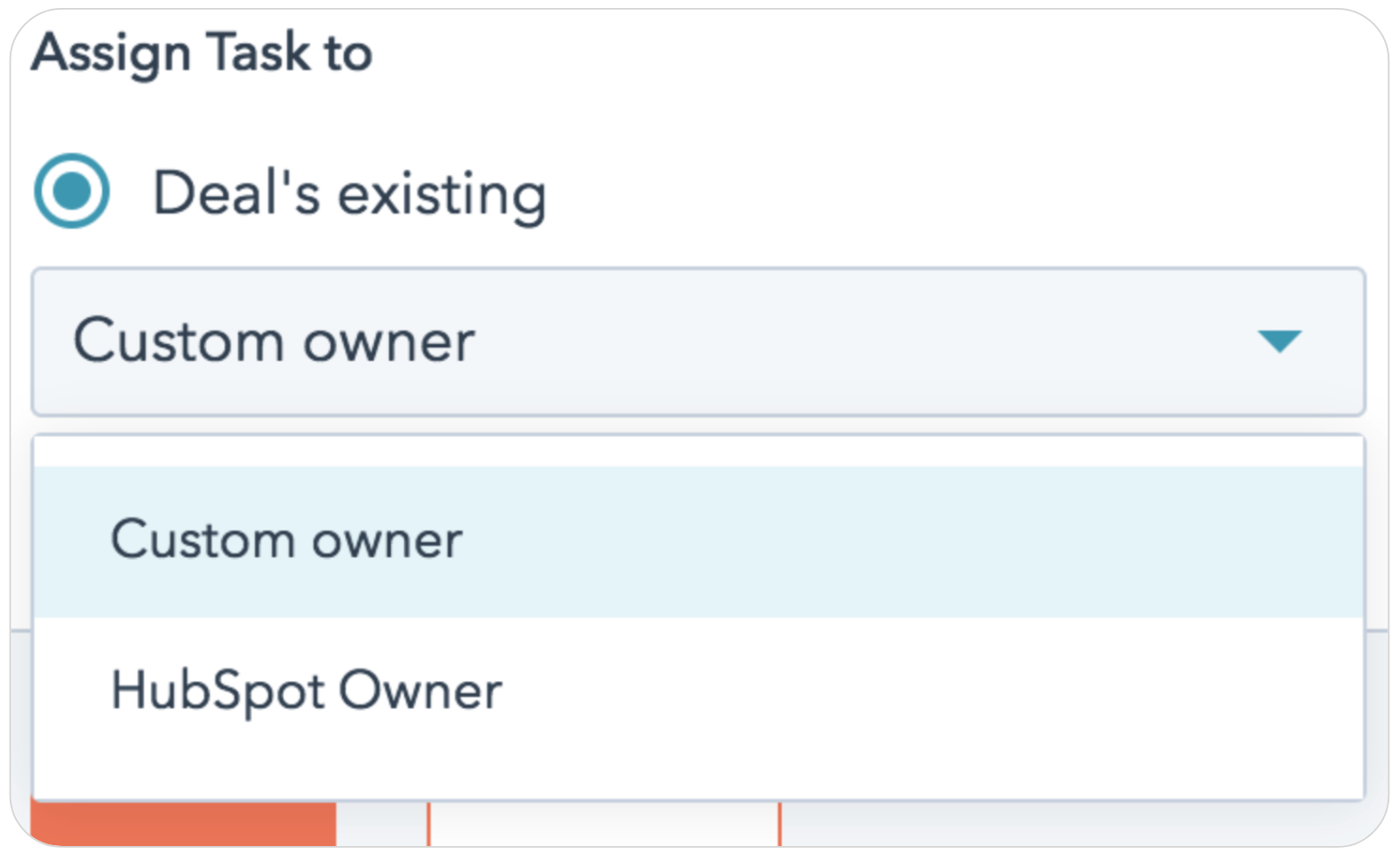 After adding tasks to these deal stages, any deal that moves to those stages will automatically get those tasks created for them.

Who gets it?
This update is now live and available to all HubSpot Sales Professional users.

What language is it in?
All languages supported by HubSpot.