We’ve rebuilt the tools you use to manage users inside HubSpot from the ground up. You’ll find a number of awesome improvements (explained below), and a clean new design.

As of today, this change is available to most HubSpot users in beta, which means we're still working out some details, but feel confident enough to share it with you. You can find more details on how to turn it on in your HubSpot account at the bottom of this post.

But first, here’s a rundown of some of the improvements you’ll find once you’ve opted in to try the new settings experience.

Teams makes it easy to create groups of users inside HubSpot that reflect the actual structure of your company. You can then reference these teams in a number of different places across HubSpot.

Setting up a new team is easy. Once you’ve switched to the new settings experience, you’ll see a “Create Team” button on the user settings screen. You’ll be able to give your team a name, and add users in your account to the team. Set up as many teams as you like. 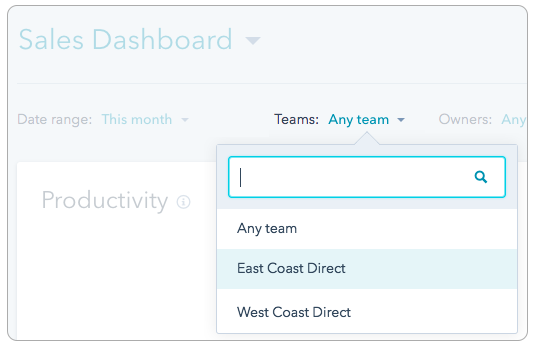 Once you’ve created a team inside HubSpot, you’ll be able to reference that team in all sorts of different places. For example -

These are just a few examples of places where you’ll be able to reference the teams you define across all of HubSpot. Over time, we’ll be adding support for teams in more and more places. 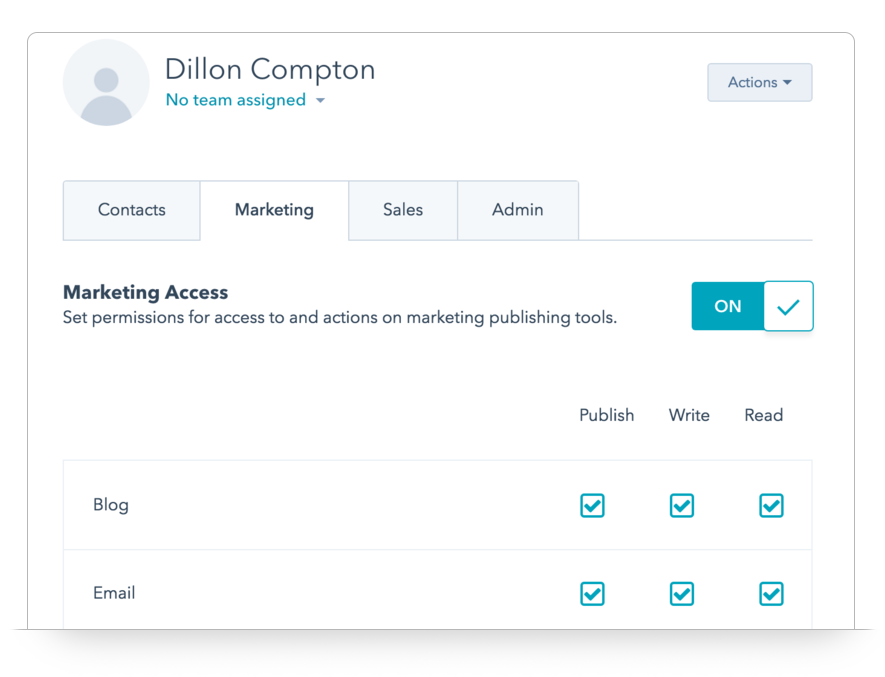 In addition to teams, we’re changing the way you set up permissions in HubSpot, and we’re pretty sure you are going to like it. In fact, we’re doing this too because you asked for it. 😀

In the past, controlling access to different parts of HubSpot meant choosing a pre-set user role for each member of your team. Now, you’ll have the ability to set a user’s access on a tool-by-tool basis. Just click a user’s name on the user settings screen, and you’ll see the new tool-by-tool controls. Change someone’s access level by checking or unchecking the box next to the tool name. It’s that simple.

More context about your users

We’ve also made some helpful changes to give account administrators more context about the activity of the folks they’ve invited. If an invite is still pending and a user hasn’t set up their account yet, you’ll see it on the dashboard. And re-sending invitations is as easy as a single click.

While we were at it, we redesigned the core settings experience to match the modern look and feel you are probably noticing across the rest of HubSpot.

A quick note about permissions changes
In switching to the new Settings experience (described below), you’ll be moving from user roles (e.g., you designated a user to have “blog author” access, which gave them access to a specific set of tools) to a world where you have more granular app-by-app control over the tools each user can access. When you choose to make this switch, we’ll automatically transition each of your users over to the closest possible equivalent set of permissions, but there may be some subtle differences.

One example of this - in order for some apps in HubSpot to work properly, they need behind-the-scenes access to the contacts database. users who previously had a user role that did not include any access to contacts will now have read-only access to contacts that are assigned to them. This likely won’t result in any tangible change to what a user can access (unless you take steps to assign contacts to these users.)

If you have users with very sensitive permissions needs, we recommend reviewing their level of access after switching to the new settings experience. 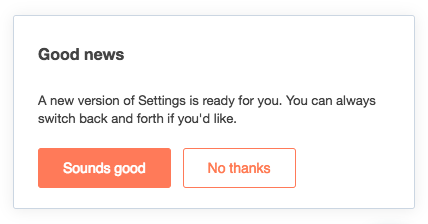 Turning it on in your portal
Ready to give it a try? For now, you have the option to turn it on by visiting user settings in your HubSpot portal, and clicking on the “Sounds Good!” button. (One note - a small number of folks might not see this option yet. If you don’t, you can request access to the new feature by letting us know here.)

If you need to switch back for some reason, you’ll be able to do so while this change is in a beta state. Eventually, we’ll be moving everyone over to the new experience.