[Update: This feature is now live]

On June 18th, we will be opening up all Shopify created deals in HubSpot to now be editable.

Currently, when Shopify deals are synced to HubSpot, you aren’t able to edit them. This is because the ecommerce bridge is a one way sync from your Shopify store to HubSpot -- which means that Shopify is the source of truth for your ecommerce data. This setup blocks you from updating your deal information so that currently only the connected store to is able to update deal data.

This current setup is a pain point for those of you who need to be able to update, edit, and delete those deals as needed for your business. If the information is synced from your connected store into your CRM -- shouldn’t you be able to use it however you need to?

That’s why starting on June 18th, you will be able to edit and delete deals within HubSpot that are synced from your connected Shopify ecommerce store (keep in mind currently products and line items are still not editable).

Deals will follow the permissions users have set up in HubSpot. If you do not want your users to have access to your Shopify created deals you can update the settings for that user by doing the following: 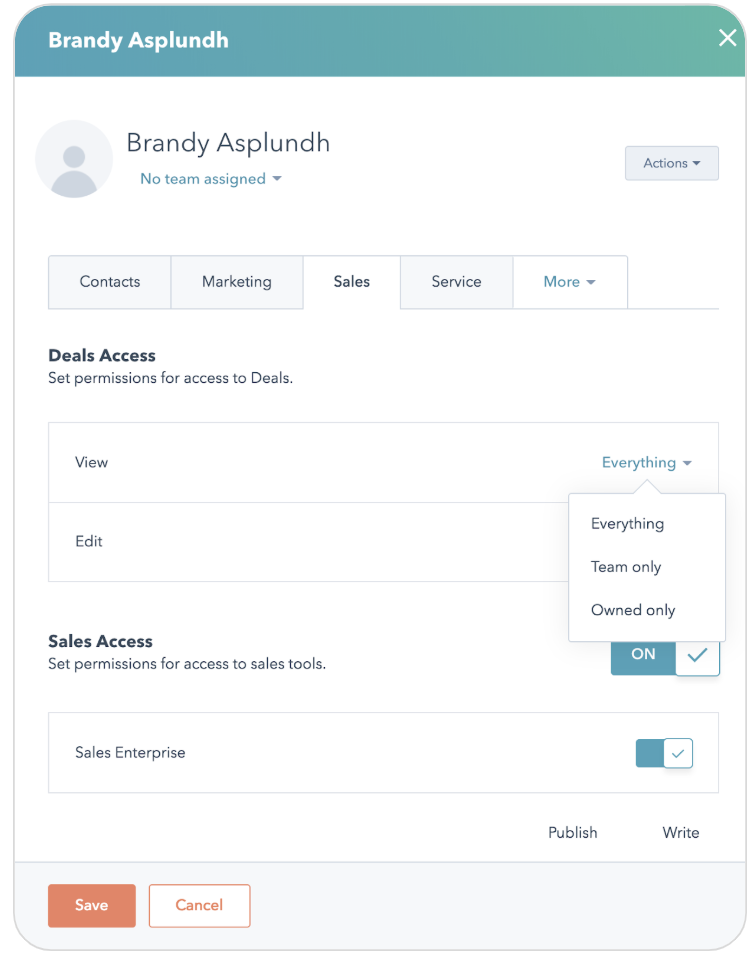 Note: Keep in mind the ecommerce bridge is still a one-way sync. Updates made in HubSpot will not sync back to your connected Shopify store. When changes happen in your connected store, they will sync to update the deal in HubSpot.

This update will be available to all HubSpot users using the Shopify integration. Deals were made editable for all other integrations that are built on the HubSpot ecommerce bridge API late last year.

Available in all languages supported by HubSpot.