Calls from iOS app not pulling into CRM

I made some calls to contacts through the iOS app. In all 3 cases I was unable to contact the person. These calls do not appear in the timeline for these contacts in the full version CRM and when looking at my dashboard they appear as "no value" in the call outcome visualisation.

I have tried going into the iOS app and updating the call outcome but there is no option to do this. How do I get rid of these so that it reflects accurately?

I don't want to be in a situation a year from now where I have 100's of these things and don't know what's what.

Can you please send along screenshots of what you are seeing in your app as well as links to the corresponding contact records where the calls are not showing accurately?

For this one, the call on the dashboard is shown as being made on 10/11/2017 at 17:06 but does not appear in the activity feed. It does appear in the timeline for this contact in the iOS app.

All the calls made for the above contacts were through the iOS app. Initially, I didn't add any comments as wasn't in a position to do so. I added the comments later.

I have made other calls through the iOS app and added comments immediately, these seem to have pulled through to the activity feed with call outcome as "none". I was then able to update the call outcome later in the full version of Hubspot.

I would like the iOS app to have a call outcome button. 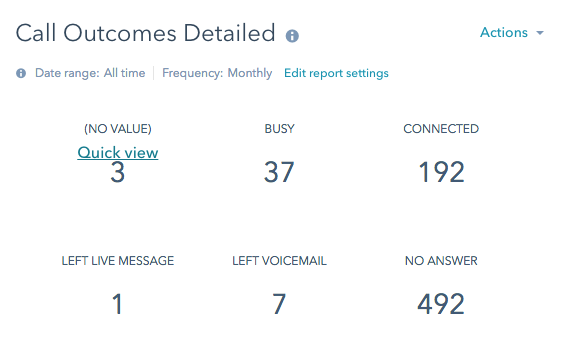 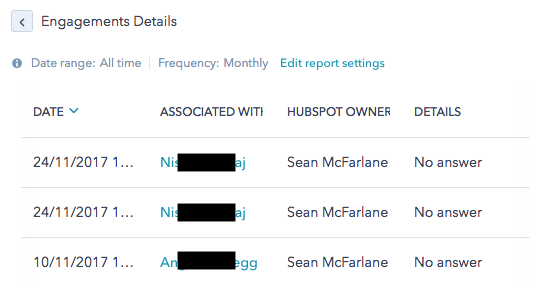 Call outcome dashboard (Engagements details for calls with no value) 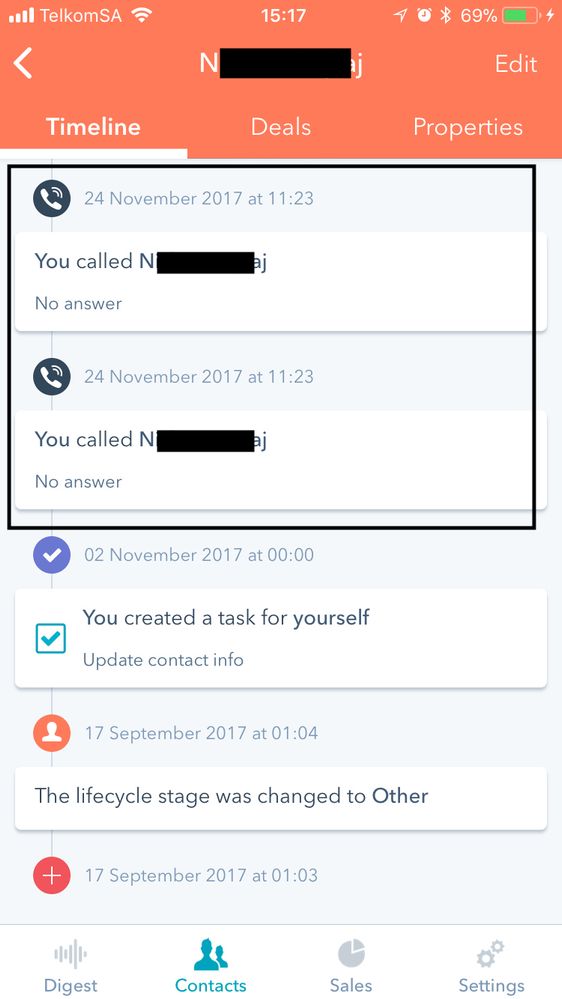 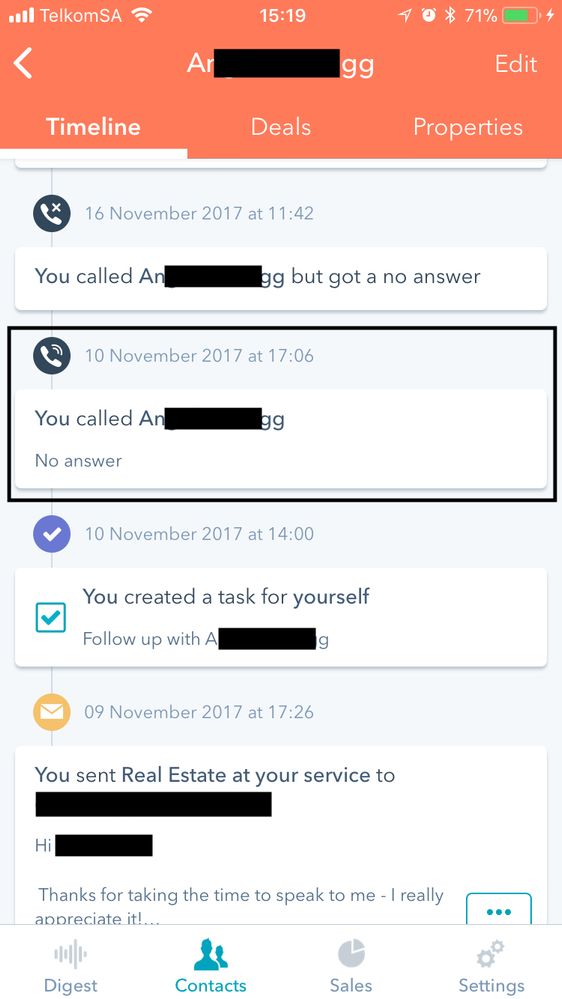 Can you confirm what type of iphone you have, what iOS version you are using and if you have the most up to date version of the application?

Once I have this information I can investigate why the calls aren't logging.

I have an iPhone 6 with Hubspot app version 2.28.2 and iOS version is 11.2.2. All up-to-date although not sure if these iOS and app versions were the same at the time of these issues.