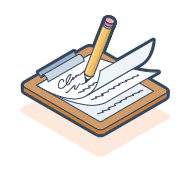 I'm getting this error when creating a dynamic list.  Hubspot appears to not like it when I create a filter based on a contact NOT being on another dynamic list.  I'm creating lists that have overlapping criteria.  To avoid someone showing up on multiple lists I thought I could simply use the "List Membership" filter, choose my other lists, and say "Not a member of".  This would mean that for overlapping criteria the contacts would end up on my new list if they are not on my other lists.  But it gives me this cryptic message and won't save the list: "a list used in a condition is using this list in its filter".  I'm really not sure what "condition" it is referring to.  The other lists are used as a condition in a Workflow so perhaps that is what it is referring to?  I'm not sure why that matters.

At the end of the day I need a way to create a bunch of lists.  And I don't want the same contact to end up on multiple lists.  Then they will get two different email campaigns from me with different messaging.

The way you've set up your two lists is likely circular. 'A list used in a condition is using this list in its filter' effectively means that both lists are referring to each other – creating an infinite loop.

You'd have to check the lists and remove and the reference to the other list from at least one.

The way you've set up your two lists is likely circular. 'A list used in a condition is using this list in its filter' effectively means that both lists are referring to each other – creating an infinite loop.

You'd have to check the lists and remove and the reference to the other list from at least one.

Thanks Karsten.  That makes sense for sure.  I guess what I'm not understanding is how my list is circular.  My set-up is like this:

I'm using the lists as triggers for workflow so that is the only thing I can think of that is tripping this up.  But that is really simple.  I'm just saying if someone is a member of List A, send these emails.  On another workflow it is saying if someone is a member of List B, send these emails.  I've used Pardot and Marketo for email campaigns and did this all the time to ensure that people are only on one list and not two.

Your lists are referring to each other (your last criterion in each list). This is creating an infinite loop / contradiction. That's the issue, not workflows.

Could you explain what you're trying to achieve, the bigger picture?

If you have a workflow with automated emails to be sent to list A but not list B, you would simply exclude list B in the Settings tab of the workflow – and vice versa for the other workflow: https://knowledge.hubspot.com/workflows/manage-your-workflow-settings#suppression-lists-for-this-wor...

So after putting this post up initially, I did realize that I should just expand the trigger criteria to include the lists I want and don't want.  🙂

But I'm still curious about this functionality.  I'm creating a bunch of lists where it is possible that a person could end up on two lists.  The criteria for the lists overlaps in some cases. So by excluding the other list I can ensure that I have unique contacts on each list.  There are a lot of criteria for each list. In your example it makes sense that you can populate a list by saying they are on another list.  Why can't you exclude people from a list by saying they are on another list?  It is just another criteria.  "I want all the people that meet this criteria including the criteria that they are NOT on this other list I have."

In my example above the settings are not identical and maybe I should have made that clear.  But with all of the criteria I'm using it is possible that someone could end up on two different lists. And I don't want that.  🙂

I guess the issue of when someone lands on the list is the challenge? If both lists are evaluating the same person at the same time it doesn't know what to do, right?  I guess that is the "circular" situation.  My assumption in a dynamic list is that this happens all the time and at different times. When more data gets added to a record it is evaluated for list membership. So if the system evaluated a record and saw that is was already on another list, then it wouldn't add it to this list. In a situation where the same record is being evaluated at exactly the same time, then it makes sense that it wouldn't know what to do. But typically computers don't do things simultaneously. They do things one after the other (really super fast!).  But I guess there could be two different application services evaluating the record at the same time.

Or maybe when it evaluates a record it looks at everything every time. That is probably likely. So it runs through all the things it needs to do on that record and sees two things that contradict each other and then throws its hands up.  I think I just talked my way into my own answer.  🙂  Is it Friday yet?!

Hahaha, I can see how this can be confusing, @JGood. Have a great Friday!

New to the Community?
Get Started here
"a list used in a condition is using this list in its filter"
Marketing
Mar 25, 2021