This week we want to spotlight Martin Mensbo Christiansen, you may know him as @MAC-MCB  in the Community. 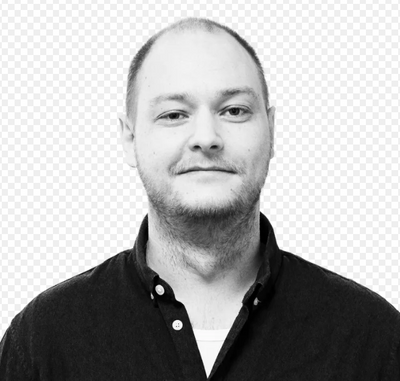 Martin shared some insight about what he started his own company and how he started with HubSpot. Also, what he does in his free time and I invite you to discover whom Martin would love to have dinner with.

Tell us about yourself

32 years old, married and father of a little daughter of 10 months.

Former entrepreneur of several companies that have been sold and current marketing manager at MCB.

Love building something from scratch and working to make it grow!

"Fun fact" In 2016, my former company became the second fastest-growing company on Shopify.
Kardashian finished No. 1: D
(This should not be posted, but to your knowledge - if you are to have insight into what I generally chase with everything.)

How did you start using HubSpot? Was it in your current role, or a different role?

I started working with HubSpot 4 years ago in my own company and still work with it as Marketing Manager at MCB today.

Tell us a little bit about your company and your position.

MCB has just had its 20th anniversary as a company. In the year 2000 MCB started their own CMS and 10 years later came to their e-commerce platform which today is used by 350+ larger companies in the north.

We are 50 employees in the company, 15 of which are located in our office in Hanoi.

As Marketing Manager, I lead all our marketing, strategy and HubSpot customers.

What do you do for fun outside of work?

And otherwise works
I with young entrepreneurs and help them get off to a good start and eliminate the mistakes they often make.

If you could have dinner with anyone in the world. (past or present), who would it be and why?

Bill Gates - To gain a deeper insight into his pace of work and the thoughts behind his early start.

Thank you for sharing a little bit about yourself with us, @MAC-MCB! I'm impressed your company became the second fastest-growing company on Shopify in 2016, you must be so proud, well done!

Do you want to keep in touch with Martin? Connect with him on LinkedIn.

Stay tuned for our next Humans of HubSpot post for next week!

Thank you for sharing @MAC-MCB! This is a great piece! 🙂

I have two questions:

1. What was your Shopify business?!

2. What would be your top piece of advice for young entrepreneurs?

Started my own brand that was sold as posters. 🙂
My best advice to entrepreneurs must be that you do not do it right if you do not make mistakes along the way. 📈

That is great advice, Martin!! Thank you for sharing 😄