We switched from Zendesk to Hubspot. Unfortunately, it seems that Hubspot does not handle the calculation of "Time to first agent reply" correctly which messes up our KPIs. 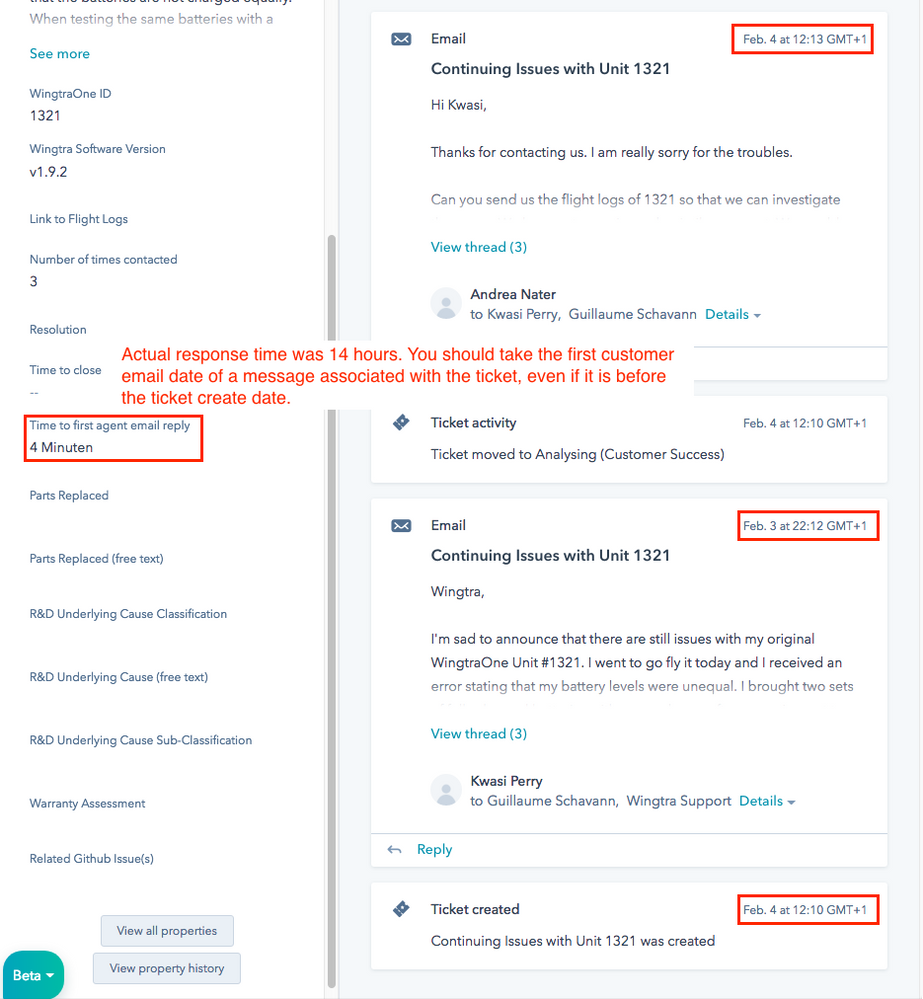 I understand that the current definition of the Time to First Agent Reply is defined as time between create time to first reply time. However, I would argue, that there is no scenario where the following definition would not make more sense:

whereas Min means "whichever was earlier". For all the companies who create tickets automatically from messages, the property would remain unchanged. The others would in my opinion prefer to know the true reply time.

Also I don't think custom properties are a good solution since all the default graphs use the property "time to first agent reply" and they should also work with a workflow that does not automatically create tickets.

The same goes for first chat reply if its unassigned when it first comes in, we need to know how long it's taking our support team to get the chat assigned to the right person and replied to.