Set user restrictions in specific Deal Stages in the Pipeline

We would love to be able to exclude AEs from moving deals to a few stages in Sales pipeline. In short, it will be great to have one person, such as our VP of Sales, to be the gatekeeper in deciding which deals should move to Closed Won and the stage before that.

Some people prematurely pull the trigger in "closing" a deal that is not meant to be closed.

Currently, it seems the only restrictions I can apply in HubSpot are the following: 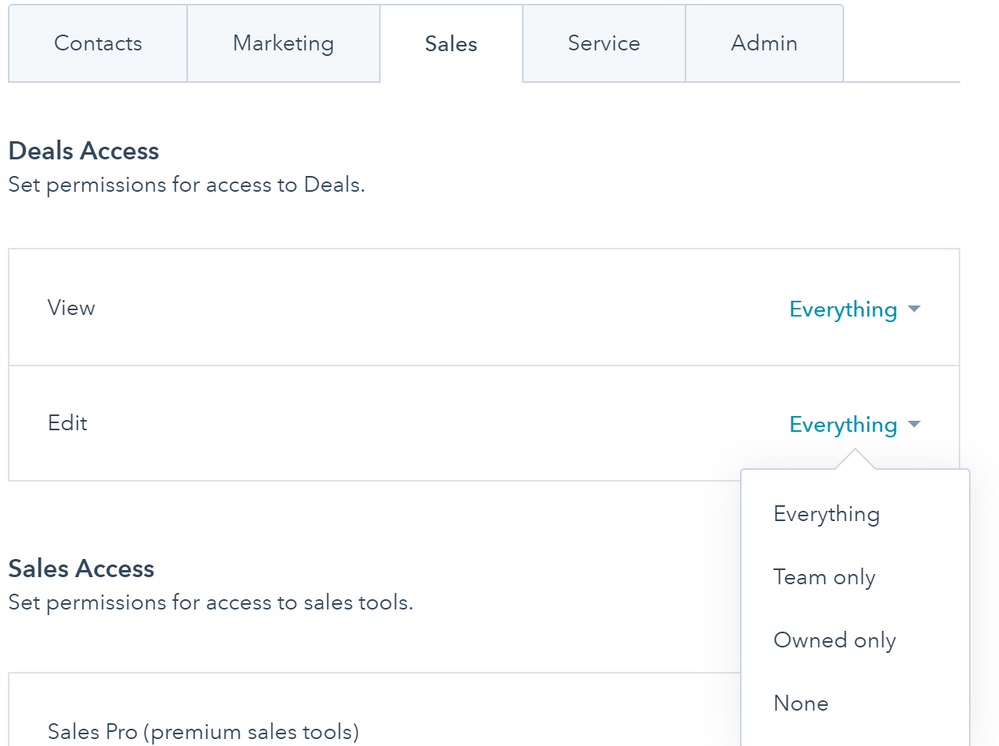 It will be great to convert this idea into reality.

This needs to happen. I'd love to hear if someone has implemented a commision structure for sales staff (using Hubspot for reconciliation etc) without similar restrictions.

We would like to be able to do this too. Some deal stages we want the deal to only move into if a certain form is filled out rather than the sales person moving it in there.

We would like to be able to do this too

Same also applies to Service Hub with tickets.  Pretty shocking as its a pretty basic feature of any ticketing / service desk software to have user restrictions, especially for "closing" things in different stages.

Completely agree. I hadn't realized this wasn't a feature yet... pretty disappointing.

Thsi is a very important requirement. It is disappointing it is not already available.

We also need this feature. I hope Hubspot developers will consider this when creating software updates.

As an interim solution - you can require certain deal properties in order to progress to a certain deal stage. But then you can also restrict edit access to certain properties for certain permissions levels.

By combining those two functions, could you not just make a field - let's say date of VP Approval - that is needed to progress to Closed Won, but that only your VP and above have permissions to actually edit?

100% need this feature, its just a part of the QA that most companies need to do.

This raises the interesting question – what is achievable and how far can you go in the pursuit of customer satisfaction.  It’s without saying, companies try to satisfy their customers as satisfied customers usually return and buy more or they tell other people about their experiences. Statistics are “that the cost of keeping a customer is only one tenth of winning a new one”. Therefore, when planning the fieldwork of this much needed authority level, perhaps survey your current customers on this particular subject.  One of our greatest headaches is the lack of internal controls in that anyone can manage the closing of a deal without fully signed contracts or line items aren’t completed properly.  Hoping someone is listening and we can see quick resolutions to this problem.  Kindly Chantal

It would be awesome if a employee "Must" upload for example some data or an image before he is allowed to push a deal in the next Deal-Phase.
Or just like that the permissions would be a bit harder.

We really need this too!  We need to set permission levels on individual deal stages now. A real bummer that this doesn't already exist.

@Jared_Smith that looks to be a great shout 👍

Very much agree with this! It would definitely help with restricting trigger-happy Sales teams from qualifying their own Deals.

Upvoting this! To add on, I worked with a customer who had the following use case:

This is to prevent users from editing the properties once the deal is closed. As of now, it is not possible to restrict editing of properties only after a certain condition is met.

Anyone have a workaround for this?