It would be good to be able to set required deal stages for a pipeline. For example; a pipeline for 'New business' (prosects that are not yet customers), it would be good to force the sales team to add a deal at the first stage then have to progress it through every stage until won/lost. Then every deal will show in the deal stage funnel report and allow us to measure sales performance.

We need the same. Another way would be to still allow deal to go from stage 1 to stage 3 but to record in stage history that it reached stage 2 at the same time as stage 3. 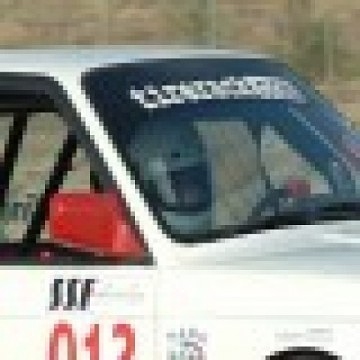 +1. You can't get squat for analytics when the deals don't all follow the same flow. We've built some API-based reporting to show how long it takes deals to move from any two stages and across the pipeline, as well as find aging deals in a given stage. We need to be able to count that they hit every stage.

I'm contemplating a potential workaround, which is a set of deal properties that are booleans for "did you place the deal in stage XYZ?" and make it required for subsequent deal stages but use automation to set that field to be true when it gets dropped there. Not sure if this would work, and it could be fudged, but it would force the team to look and hopefully notice, "oh, i need to drop it over here first".  I'm not sure automation works fast enough to make this practical for quickly moving across a series of stages?

The deal funnel report is not useful at all because the stats can be so obviously skewed by missing just one stage.

We need this in order to be able to do some proper business planning around what our sales conversion stats are.

I'm happy with either functional solution:

We needed exactly the same functionality! What I did was to create a few extra properties (date fields for each deal stage "Discovery Date" or "Contract Sent Date") and then create a workflow that adds that date the deal moved to a stage to the corresponding property. There's also a check to see if it's skipped a stage - if it has, put today's date in the missing deal stage property too.

It's not ideal as we can't create a native funnel in HubSpot but, we at least have accurate data and even when deals skip a step, we have a date for that skipped step. This allows us to export the data and create a funnel elsewhere.

Although, I'm not sure if you'll need to upgrade your package to include Deal workflows.... but 100% agree that this should be standard functionality within HubSpot!

+1, looking at the Deal Stage Report from the "Any" view is creating more confusion than clarity 😞

Or like  @BC_BOT  said, people can skip stages, but at least record it in the background that they went through the stages they skipped. When we get an order over the phone or mail, sales people just don't have the discipline to move them through every stage, they go from deal created to won immediately.

I second this. It really makes some of the reporting useless

Bumping this thread as I'd love this feature too. Our company is very keen to have conversion rates between stages, but I can't trust it at all because I can't make the sales team use every stage.

I'm going to give @ianhill's idea a go and see if I can create my own dated moves between stages.

+1, we need this as well, or at least have an article on how to overcome this situation and make it impossible to skip stages

Hi all, just wanted to share this idea with the group. It's not perfect and the best solution is for Hubspot to either allow required deal stages and/or adjust for the possibility of skipped stages, but here is what I did.

1. Within pipeline automation or workflow, use the enrollment trigger that the deal has just been changed to certain step.

2. Have an if/then branch check whether a deal has "never been in stage = x" and select the stage(s) before it.

3. For the branch that has not ever been the previous stage (the skipped stage), have the workflow change the deal to that previous step, and then change it immediately back.

4. Repeat for every deal stage.

By changing the deal stage with the workflow and then changing it back, you effectively have a timestamp for the previous stage and can use the native deal stage funnel report. By checking first whether the deal has never been in that stage, you avoid overwriting the timestamp for deals that actually did progress through that stage without skipping.

I tried your solution but it seems not working because a stage update can only go forward not backward...

Did it work for you? or did you manage to "clear the DEAL property" first before re-applying the relevant Stage?

If its working for you, can you share your automation flow?

@alison_netro, sounds like a great idea. But @Sylvain_H1 is right, I have the same problem. How can you set back the deal stage? Do you clear the property like you do it with Lifecycle Stage reset?

Hear hear, would love to see this in the future.

Also here to follow @alison_netro 's answer for @Sylvain_H1 's question.  Is there a fix for the "deal stage update" going only forward?

+1 above idea to force step by step deal progress.

Strongly agree with the other posts that the reporting integrity takes a major hit without being able to force progression through the deal stages in sequence. In addition, it would be really, really nice if a system administrator could fix mistakes such as accidental moves, skips, or incorrect timestamps. For example, if a rep forgot to move something for a month, that can throw off data bout sales cycle lengths. In general, the Sys Admin should be able to edit/overwrite all deals data. Thanks

Strongly agree with this.

It would save me a HUGE time.

This seems like a simple feature request that would increase the value of reporting for nearly every customer that's tracking deals through a pipeline. Can we get an update as to where this is on the development roadmap?