Option for Deal value to sync with discounted Quote values

When negotiating a deal, dropping a custom discount on-the-fly can often be what ultimately tips a lead to a customer. In turn, that discount changes the value of a deal...or at least, it should!

The trouble is, right now it doesn't.

Custom discounts aren't automatically reflected in the deal value and it's not an option. So in order to keep deals up to date, every time a new discounted quote is produced, a rep has to remember to head back to the deal and update the value manually.

That might be ok once. But doing that multiple times, on multiple deals is setting reps up to fail. What's more, it seems kinda crazy, particularly when product level (i.e. a discounted version of the product) discounts are reflected in the deal value.

So it's not that the value doesn't update. It's that discounts are disregarded despite unqeustionably impacting the value of a deal. How is this intended behaviour?

Sure, we could go in and build out 5%, 10%, 15%, 20% discounted versions of each of our products, but where do we stop? It seems like it would be incredibly confusing and result in an unnecessarily bloated product library, while making the in-quote discounting essentially arbitrary.

The inconsistency adds confusion for reps, extra steps toward managing deals in the pipeline, and will likely result in inaccuracies when it comes to reporting—meaning extra time double checking the values on all deals.

It seems like it would be easily rectified. I suggest either making it standard behaviour for a deal value to sync with the most recent/accepted quote including discounts, or to at least have some option for that behaviour to exist.

I agree with this suggestion, this is absolutely necessary to reflect the right amount in the deal. Otherwise it means we have to ban the use of the discount at quote level.

Agreed.  This is a crazy no brainer to be missing.

This seems like a crazy oversight, I can't believe that the way the deal value is calculated now is the intended behavior. Even if you make the argument that the deal value isn't created by the quote (which does correctly calculate products plus fees minus discounts) and that the value of the deal derives from the products page of the deal, that is still unsatisfactory because the products page has language in at at the bottom referencing "sub-total" and "fees" meaning that it should take those fees and discounts added in the quote into account. But it doesn't and no one at HS has been able to explain why this makes sense.

Yes, agreed, this is problematic and thanks for raising it.

Having come up against the issue too, I thought it through and understood why a discounted total doesn't up-date as we would like it too and - instead - uses the subtotal...

The 'total' value may include local taxes and so, for deal value, it's important to record the net rather than the gross value.  So, it seems the best way to resolve this would be to have 3 values associated with the propsal;

3. Total Value (Currently 'Total') - This value would be the net value after discounts + any relevant taxes

I hope HubSpot make this amendment!

That's well thought out @AlanR. Absolutely agree, taxes shouldn't be included in the deal value, but should reflect the Net Value after discounts.

As it stands, the deal value is simply innaccurate for anyone using discounts and quotes, and in turn it doesn't offer a true reflection of a pipeline. The knock on effect on areas such as reporting is quite staggering, too. I'm surprised this isn't being looked at by the HubSpot team.

@AlanR I don't see "Total" and "Subtotal" as options.  My choices seem to be some synthesis of annual or recurring value:

I wish I had "Total" since I'm not particularly concerned with taxes.  Even that doesn't seem to be an option right now.

"Staggering" is the correct term.  This polutes the revenue reporting and makes it easy to mismanage the entire company.

It would be helpful to be able to pull product and quote related items into a field across objects.  For example, a field where the discount from the quotes could be applied to a field on the deal.  The other use case would be to have discount approval - so if a rep discounts over a certain amount, their manager is notified.

Reporting on products/line items is a no brainer!

Upvoting this idea on behalf of a customer!

It would be invaluable for quote-level discounts to be reflected and stored on the deal record. Also, in quote-based workflows, it'll be useful to have a quote property like "discount amount". Such a filter/property can help customers identify quotes with discounts and trigger off follow-up actions like "set property value in deal property xx when discount amount is known".

Use case: for users to export deals with the quote discount amount captured in a deal property too.

Some of our newer products have discounts if they are bundled together and this is causing inaccurate deal amounts compared to what the client is actually charged. This is causing a lot of confusion. I was sad to find this idea hadn't been solved yet!

Yes, this is continuing to cause a lot of headaches for us.

Our latest Sales Report picked up a big differential from the previous month, which - on investigation - illustrated that the incorrect vaue had been attributed to a number of deals at the "Closed WON" stage that had not been picked up by the sales person and thus skewed the sales figures and had us further ahead than we actually were.

This is not only frustrating but also dangerous as a small business where cashflow is key and spending decisions are made based upon guaranteed revneue from sales performance.

Completely agree with this idea!
We are facing the same trouble right now with discounted deal and it does not make any sense! To update the deal value manually every single time? Well, let's say that our Reps have something more important to do.
This definitely must be solved from your side, Hubspot
Hope to get some reflection on this subject...

Would be great also to sync total value of ALL signed quotes. If we get a "change order" sometimes our original signed quote which we can't recall needs to be amended with a second quote. I tried setting up a quotes workflow to sync the quote amount to the deal amount, but if we have two quotes the options are no re-enrollment (second quote must be manually added to recalculate total amount of deal)  or it will override the first quote amount if re-enrolled.

We don't want to create a separate deal record just for a change order when all the other deal details are identicle. Thank you for allowing this feedback!

If line items in a deal are pulled from the quote to create the deal amount total, discounts on a quote should be factored in as well. It's impossible to forecast correctly if deals never factor in the discounts we put on quotes. Also, it's a waste of time to have add a discount to both the deal line items and the quote. 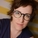 I believe the main challenge here is that the deal value sync works on basis of line items associated to deals, and doesn't read the quotes at all (at least this is my understanding)

If so, this doesn't allow accurate forecasting when:

-having quote alternatives to the same deal with/without a given product/service component.

If I had the chance to mark Quote #1 as priority option and HubSpot would predict deal value from the quote then the forecast would be accurate.

If HubSpot predicts deal value from the line items then forecast also includes premium support that I don't really expect to come in, anyways.

Still, if my customer accepts Quote #2 then the deal value that I closed is 90% of the sum of 1Y subscription plus 1Y premium support, meaning that in this case there isn't a single scenario where HubSpot's forecast can be accurate, because the source of the revenues prediction is not the quote but the line item.

So primarily the source of revenue prediction should be changed from line item to quote, to be able to reflect discounts.

Back to check on this - how is anyone managing this currently? I've been trying to find a way to audit/catch if someone doesn't update a deal after a discount is given on a quote but I haven't found a way to do that with reports or even a workflow/email notification. For instance, I was thinking if I could see a report that just showed all current quotes with discounts applied, I could audit them to make sure the deals match but nope. And then I thought maybe I could get an email notification if the quote subtotal doesn't match the deal amount - but again, nope.
Any ideas are welcome!

CSander
Member
It's tough. Leadership pays attention to deals at 80% or higher and at that point a rep has generally created a quote. The plan is to have the rep change the deal total to whatever their final quote represents but this requires them to remember which is not ideal.

Yeah that's what we're having to do. Was hoping to at least come up with a way to catch ones falling through the cracks but that doesn't seem to be possible either. 🥴

This is a bit of a headache for us! Some of our reps are on top of changing the deal amount EVERYTIME they change the quote, but others are not, and so we don't have a good set of data to report on! This is NOT ideal, and we really need to make sure the deal values are correct. We forecast and give commision based on these numbers. Please fix HubSpot!!

Thank you for the opportunity to comment on this! 🙂