Misleading language when turning workflows off

Hubspot's language in articles, documentation and even in-app alert when turing workflows off is very misleading, and has led us to a huge problem.

We wanted to turn off our campaigns for the holiday season as it's a dead period and nobody is checking their email. After reading quite a bit and then going to turn off the workflow, Hubspot tells you no action will be executed after you turn off that workflow.

That's a bit misleading because technically no action is executed, but they don't tell you that the action will be skipped.

For example, a contact kept going into delays but skipping the emails he was supposed to be sent.

This alert below should be updated to say your actions will be skipped and there's no way to go back. 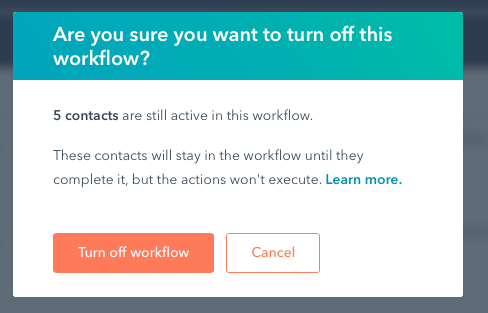