To follow up on @JoeMayall response, correct we do not pass the merge from Salesforce into HubSpot, but we will continue to only update the HubSpot company that is continuing to sync with the remaining Salesforce account. What we recommend is to complete the merge in Salesforce, which will only continue to update the HubSpot company that the merged record is syncing with. Then you can grab the old account ID of the account in Salesforce, search that ID in HubSpot and delete the company record in HubSpot.

We definitely understand that merging companies in HubSpot would be extremely useful for customers integrated with Salesforce. Right now we do not pass deletes from HubSpot into Salesforce for security reasons. If we allowed companies to merge in HubSpot this would break the sync for companies/ accounts because we do not pass that delete. For now, we are not prioritizing this but as HubSpot becomes the source of truth for more of our customers it's likely we will figure out how to pass company merges into Salesforce. 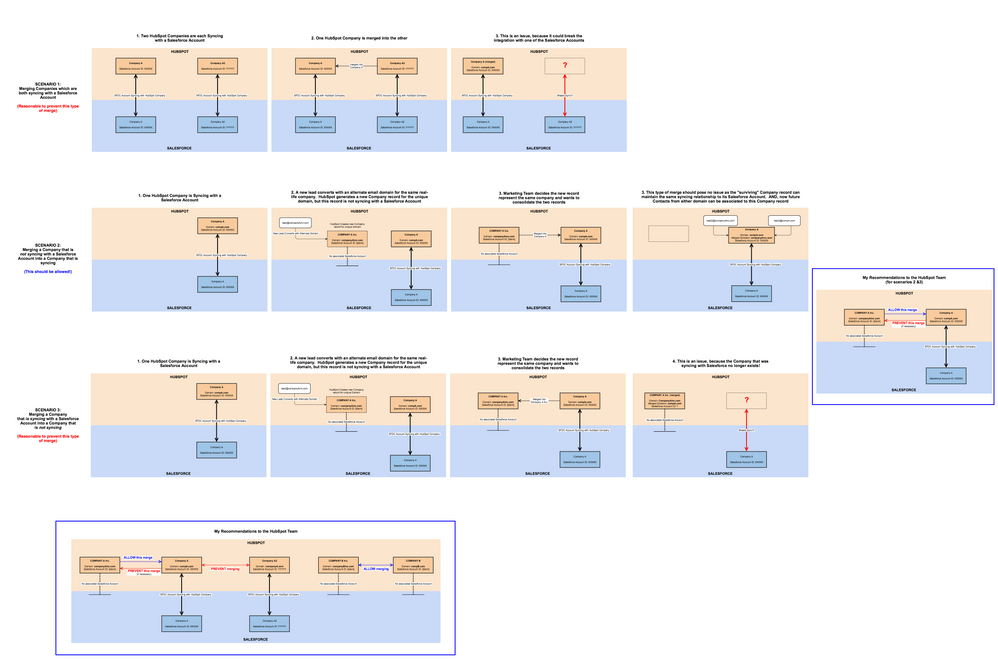 Agree with all of these. This is ridiculous that this is not available. Makes the integration completely useless.