As recently raised with the HubSpot support the current structure of teams in HubSpot makes it nearly impossible to report on parent and child teams.

Let me give you a quick example of what that means.

Given you have a parent team, let's say "Whole Company".

Given you have multiple parent teams, let's say "Squad 1" to "Squad N".

Given all companies, contacts and deals need to have an owner (as in one person).

If you now want to do any kind of reporting or workflows, HubSpot will always only have a 1:1 connection between an entitiy and a team.

This means you can not build one reporting for the "whole company" and one for each squad, as the company, contact or deal will always be "owned" by just one team.

What I suggest is that the "team" property be either a multi-select option or is herited from the owner property (If a person belongs to both the "whole company" and "squad 1", so will the companies, contacts and deals that are owned by him/her).

What do you think?

This is a must needed feature in reporting, otherwise the hierarchical teams just don't make any sense.

I agree. I'm trying to set up dashboards for managers in one tier with child teams and then dashboards for directors in a higher tier for the parent teams that must include the child team information. Right now, this is impossible to do. I can't even export the information to do it elsewhere (excel)... but the whole point of us getting HubSpot was to break free of all the spreadsheets. So, now I can't do the proper reporting anywhere.

You should be able to add a user to a parent team and to a child team then use the reporting functions to drill down.

For example.....I have a sales team of 50+ reps and they are all part of the parent team. Each team has 10 reps but I'm not able to add them to a child team if they are part of a parent team which makes me not able to report on the child teams. It defeats the purpose of child teams. This is a must-have feature for reporting!

I agree. There is a need to report on parent/child relationships. For example, all deals related to a parent company deriving from the child companies.

I need to create parent - child reporting on deals too.  Following this....

I also need the ability to report on child teams that are part of an overall parent team. I have teams of sales people who are responsible for spefici product lines, but at this point I am unable to drill down to report on the child teams... THIS IS EXTREMELY NECESSARY. Following...

This needs to happen. Please incorporate this into HubSpot.

This is going to be crucial in your competition with Salesforce.

Please look into this as it is essential to have proper reporting when using the functions of parent & child teams.

HubSpot Support Rep here. I just spoke with a customer who was seeking the same thing and we came up with a workaround. I wish I could tell you why this works, but it seems to have worked to show the number of child companies per parent companies and when clicking into the bar (if using a bar graph) or a number (using a summary graph), you can see all child companies to the parent company. Here are the steps:

We were able to get a list of the parent companies and when clicking into the summary number see all their child companies.

I hope this helps a bit.

Have a great day 🙂

Thank you for looking at this NeKing.

Unfortunately what you are describing is not relevant to the issue.

These are different in reporting:
1. Parent Company --> Child Company

CKjeldsen is correct. The original comment was regarding teams, not companies.

We have different Teams like Sales, Customer Success, Operations , and so on.

What if I only want to report on the Child Teams?
This is really needed

This is needed! We want to be able to report on all deals assoicated with the Parent as well as the Child companies combined 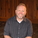 Agreed - I've seen this question come up often in my own conversations and in the Community in some questions. Thanks team!

Its very needed - we cant use the reporting for the board in because of these.

The reports will give a wrong picture of the state of company.

So We need to have these done fast.