HubSpot needs a way to be able to automatically enforce that certain criteria have been met before a deal is allowed to advance to the next stage. These criteria could be true/false, yes/no, value based, date based, etc.

The current pipeline setup settings only allow known/unknown to be required as part of advancing a deal to the next stage using the "Update Stage Properties" feature. 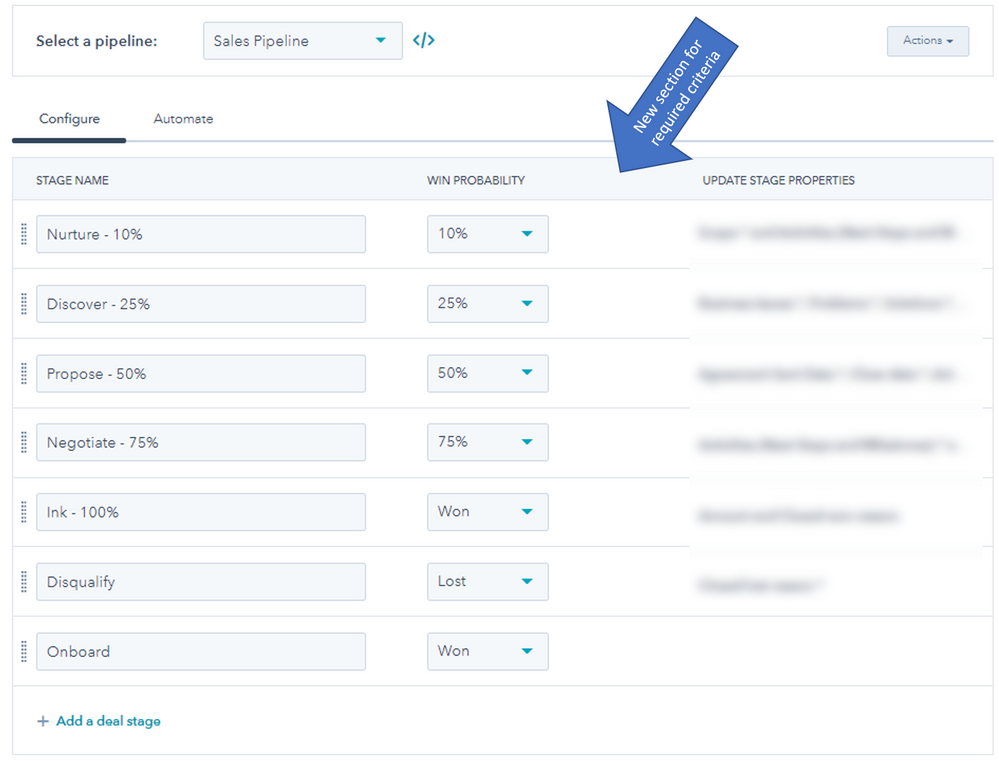 For example, if I have a property called "Qualified Prospect" that is a Yes/No value, I want to require a Yes before a deal is allowed to advance past a certain stage.  The current settings only allow me to require that that property be known, but it could be Yes or No and the deal would still advance.

The only way to do this currently is through a series of complicated workflows, but these are not ideal because it doesn't provide the salesperson with immediate feedback that their new stage was disallowed.

Another example as suggested in Related Idea #1 below would be to prevent stages from being skipped by requiring that a deal already be in the preceeding stage before it can be advanced to the next stage. This is not possible to do via workflow because the prior stage is overwritten when the new stage triggers the workflow.

This feature would work perfectly alongside the current setup feature to require certain properties as part of each deal stage.

Looking to solve this right now. great workaround for now.. idealy same concept would work on tickets and being able to prevent skipping steps and restricted based on property values.