The Hubspot Score, while useful in determining the overall activity levels of leads, is extremely limited in its reporting capacity. I would like the ability to report on increases, decreases, and general movement in Hubspot Score both on a contact-by-contact basis, and as an overall trend.

For example, let's say we have John Smith, our test contact. I would like to create a report that shows the increase or decrease in John's Hubspot Score within a specified time frame. The report could also feature a comparison so that we know by what percentage the score increased or decreased. It would be ideal to report on multiple contacts this way, and to include them in a table.

Next, I'd also like to see a report showing an overall trend of Hubspot score as it pertains to select contacts. For example, if we have a list of 10 contacts, I'd like to show a graph of overall movement in Hubspot Score via line graph or something similar.

Hi, I agree with all the above and want to add on a new feature request here. When I check a contact's score, I see the current score, and clicking on the "details", I see the previous scores. However, I would like to see the activity resulted in an increase in this contact's score. 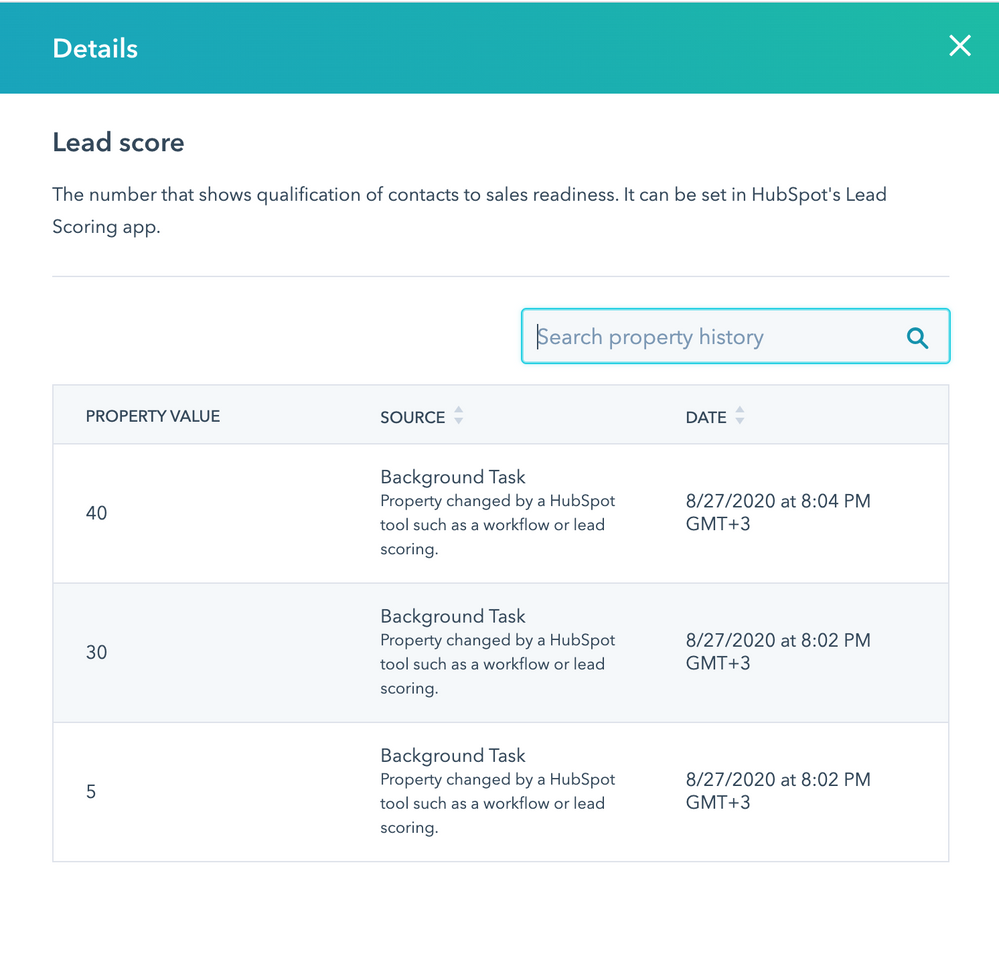 I have the exact same request. Can you let us know if it's possible to make a report based on the Hubspot Score?

Agree, we need an easy to create a report of contacts and their HubSpot scores.

Agree this is vital and would prove extremly useful to compare against engagement, campaigns and sales activity to cross referen ce if there was an uplift of score vs activity without manually having to look at an individual contact.

Upvoting this! Being able to see incremental activity is key to determining whether or not a lead is moving towards a buying cycle. This is most definitely offered in Salesforce and we're really hoping this is something that will be available soon so we don't need to switch CRMs.

Commenting for a customer here.

Are we able to see specifically what activity cause change in score and have that available in report format too? thanks!

Hi there, we would like to be able to see what activity cause a change in score and be able to see that on the report or at the contact level. We don't want to give everyone access to properties to test out a contact.

Upvoting this too - also would be really handy for sales people to see why a lead score has updated postiively or negatively without giving access to them to admin.