Any plans for those who use gmail through Safari? Seems like a very glaring ommission as a supported browser

At this time, HubSpot does not plan to build specifically for Safari because we are not able to bring a comparable experience to Firefox that we have for Gmail and Outlook. As we evaluate other enabling technologies like Google add-ons, we will revisit this idea in the future but for now we are not planning to build a Safari specific solution. 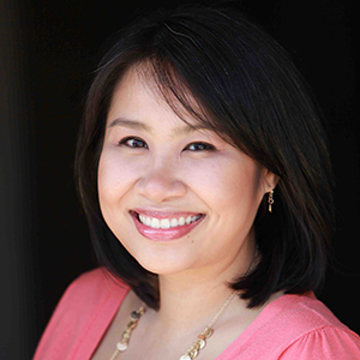 Yes! Hubspot extension on Safari would be amazing. User experience of Chrome on Mac has been on the down slide for a while!

I'd love to help on building this browser extension for Safari. Is there someone at Hubspot whom we could reach out to?

Please Support Safari. It's the only reason I use Chrome, and only for Gmail. Hubspot forcing me to use an inferior Browser leaves a very sourt taste on the image of Hubspot.

Please (re)consider developing a Safari extension. Safari is the second most popular browser in the world (19%) and has way better privacy features than Chrome (which have only further improved this year). Aside from privacy, Safari is also the fastest browser on Macs. Would be great if we'd no longer be forced to use Chrome!

HUBSPOT - NOT COMPATIBLE WITH O365 OUTLOOK FOR MAC - PLEASE FIX!!

Issues - Hubspot not compatible with O365 Outlook for Mac

We've been following up and chasing Hubspot for over 14 months, trying to troubleshoot with ongoing issues with not being able to use Outlook for Mac for sending/receiving emails and tracking and Hubspots features within Outlook and Hubspot.    HubSpot have only just now, 14 months later, advised us that hat HubSpot is NOT compatible with Outlook for Mac that was released Sept 2020.  Its been 14 months since Microsoft released Of365 Outlook for Mac, and its hard to fathom, that Hubspot, after 14 months and lots of its own devoted Hubspot users been screaming out to release its own Hubspot extension so that it can be compatible, that there seems to be no plans whatsover by Hubspot to make and Microsoft O365 Outlook for Mac compatitible.

@MMT please check if there's a topic about that or start a new one. This topic is about a Safari extension for HubSpot Sales, it's not about Outlook.

You can add me to this long and growing list of people who have been asking for this feature for almost 4 years...

Dear Santa, I have been very good this year. Could I get an extension for Gmail on Safari? Thank you very much 🎄🎅🎁

I am also waiting for Hubspot to work with Safari.

NEED this extension. Chrome is absolute garbage on Mac.

+1 to this. The absence of a HubSpot plugin for any browser other than Chrome is motivating our company to start demoing HubSpot alternatives for when our paid term is up. It's unfortunate that a subscription to HubSpot forces mac users to run a browser that is such a drag on system performance that it would be fair to say that HubSpot actually decreases my team's productivity. This seems antithetical to HubSpot's mission and something they would want to correct, but what do I know 🤔

I agree - this would enable a lot of flexibility for my team.

+1  - going on 5+ years for this request. For all of the reasons previously stated. Super disappointed.

We will also like to show our interest on this development. most mac users uses Safari

Since it's been almost two years since this question was asked and there is still no plans for it according to the support rep I just spoke with, I don't expect much to happen.  However it WILL be a major factor in my decision to continue with HubSpot

Safari is by far a better browser for OS devices. Unfortunately, the lack of a safari extension means I'm going between browsers just for Gmail which is a pain. This would be an excellent feature!

I think we should add an extension to safari. I prefer to use safari