With the MailChimp integration set up you can push form submissions to MailChimp via:

However, we don't have the same functionality for HubSpot forms. 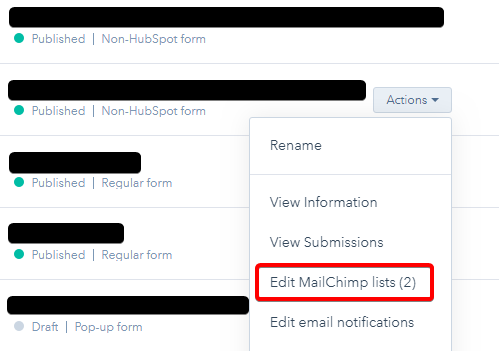 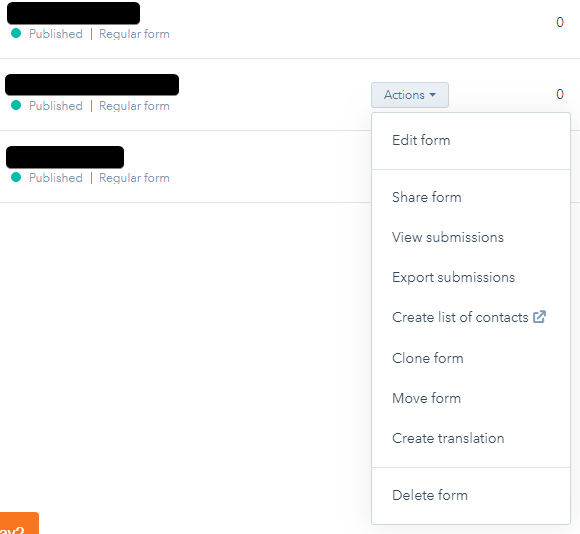 I can't seem to find anything about MailChimp in the form builder itself either.

In this case the solution is to use Zapier to push contacts from HubSpot Form submissions through to MailChimp. Seems strange that we don't have the same functionality for HubSpot Forms as we do for Non-HubSpot Forms and Pop-Up Forms.

The need to use another application even though we have the integration between HubSpot and MailChimp is not ideal.

Would greatly appreciate this functionality being added.

This is really needed!

Absolutely!! This is really needed!

I completely agree! So frustrating...