Default for hyperlinks in blogs should be open in new window

I, and I'm sure others, think it would be more beneficial to have the default hyperlink option in blogs to be having them open in a new window. As of now, the default is to have the links open in the same window and therefore prompts visitors to leave the blog. There is the option to select a radial box and have them open in a new window, but you need to remember to click it everytime, or risk losing the visitor. Having the links open in a new tab or a new window by would allow them to remain in the blog and therefore a better chance of clicking the CTA.

I concur, having this option available as a global setting option would also make it easier and more efficient for writers to publish their work.  We have a steady stream of guest authors and regular writers, and going through this "open" setting for each link and article is time-consuming.

I agree, all of us who use HubSpot for blogging need the option to set the default for this.

Man, this is crucial. HubSpot, we need a “default” for target="_blank" !

Hi, I agree & this is very, very important to save time! We need an option to have "open in a new tab" as the default for any web page. Pillar, blog, etc.!

We really need this too.  Its a huge pain to need to edit this property for each link!

Totally agree, this is a must have! 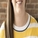 Yes!! At the very least make them open in a new window. Ideally, give people a global default setting with options for how links open.

Agreed! Would make sense for all links to open by default in a new TAB though, not new window.

Our team would also like to see this feature implemented since we currently have to set this individually for each link.

Definitely wouldn't mind this feature either!

One more upvote for this from the Kiwi Creative team!

Thanks for sharing your feedback here!

It's generally a sub-optimal user experience to force a link to open in a new tab/window, which this proposed feature would do. If your site visitor wants to open a link in a new tab or window, they'll know how to do that - in fact, so many web users do this that it has its own term in the world of UX: "page parking". If it makes sense for a link to always open in a new tab or window, you can do that (and ideally indicate that this will happen, for example by using the icon that looks like a square with an arrow pointing up and to the right, as described in this a...), but this shouldn't be used for all links.

In response to the assumption that forcing a link to open in a new tab or window keeps a user on your site, here's a quote from the Nielsen Norman Group, leaders in the world of user experience:

"Designers open new browser windows on the theory that it keeps users on their site. But even disregarding the user-hostile message implied in taking over the user's machine, the strategy is self-defeating since it disables the Back button which is the normal way users return to previous sites. Users often don't notice that a new window has opened, especially if they are using a small monitor where the windows are maximized to fill the screen. So a user who tries to return to the origin will be confused by a grayed-out Back button." - Nielsen Norman Group

That quote is from an article written in 1999, and I assure you that it is still relevant today! Your users know how to use tabs. Let them be in control of their own experience on the web. The fact is that if your visitor wants to leave your site, they will. That's okay! Use content marketing to keep providing them with value and they'll be back.

It's also against web accessibility guidelines to open links in new windows/tabs unless necessary (guideline 3.2, Predictability).

There are exceptions to the general rule of not auto-opening external links, but they remain exceptions. That's why we're not going to build this functionality into the HubSpot tools, and I encourage you to think carefully before implementing this across your site.

I agree, we should be able to set the "open in a new tab" as the default, even if Hubspot doesn't program it to automatically be the default. We should have the choice.

Absolutely! This is a constant question that I have to fight with my team. It is better to let people continue reading in the same window. Thanks @Snaedis

HubSpot keeps replying about this being a "sub-optimal user experience," which, sorry, not-sorry, is BS. The optimal user experience would be for the link to open in a tab and for the blog reader to continue reading the post, going back to the other tab later.  I create blog posts in Google docs so that they can be shared/edited before I post. I kept blaming this on Google until I realized that it's not them... it's HubSpot. Let us decide what our user's optimal experience is. It should be a feature that can be set as a default by us, not for HubSpot to tell us that it would be sub-optimal.

We do something at our agency: we put the link to open in a new tab ONLY if it's an external resource (a newspaper link, a visit to an official page or industry resource etc), but we open in the same tab if its something from our own blog or web page. What does everyone think?

As a user (of the web), websites that always open in a new window **bleep** me off. I agree with what HubSpot said -- people how how [they like] to operate their browsers. If you surprise me, it is frustrating and confusing. If you take away control I'm used to having, you surprise me. If I want to stay on your blog, I know how to do that (yes, page parking; yes, I do it, when I choose to, and guess what -- if I'm ready to leave your blog, you ain't gonna keep me there).

However, if we can change link target behavior on CTAs manually... why not allow a default setting? (A little tongue in cheek) if people want to **bleep** off their visitors, that's their business decision to make!

Absolutely agree! I believe people know how to "page park", and if they are in mobile, this is more recomended than opening another tab. 😉