When creating reports and dashboards for my organization I found out that Hubspot is not that great in giving you a lot of options. We are implementing multiple leadscoring models for each of our 7 product lines. Therefore I wanted to create a report that instantly shows me the amount of contacts with more than 150 points per product line. I managed to create lists that show me how many people have more than 150 points on the corresponding lead scoring property. I then created a report in which i filtered on the lists i wanted to show and then measured them by count of contacts. So I could easily report to management how many contacts have more than 150 points seperated per product line. You can see this report in the image attached. The second image shows the report right now after hubspot apparently fixed something. It seems it wasnt the intention to make this kind of report possible. Now I cant report in the way i want anymore and I would like to see this functionality return. Is there something I am missing or is this function really removed? 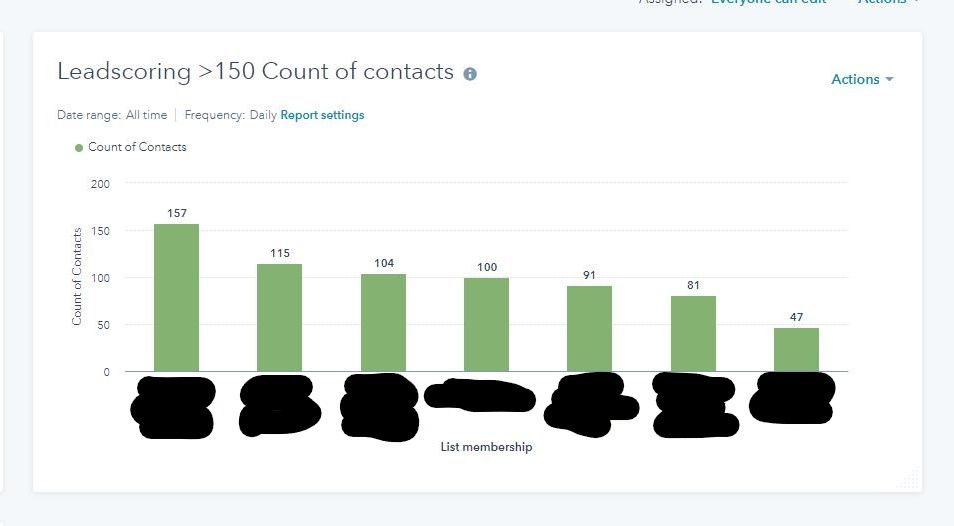 Hubspot used to have this function but this was ''fixed'' which made reporting like in the picture above impossible. 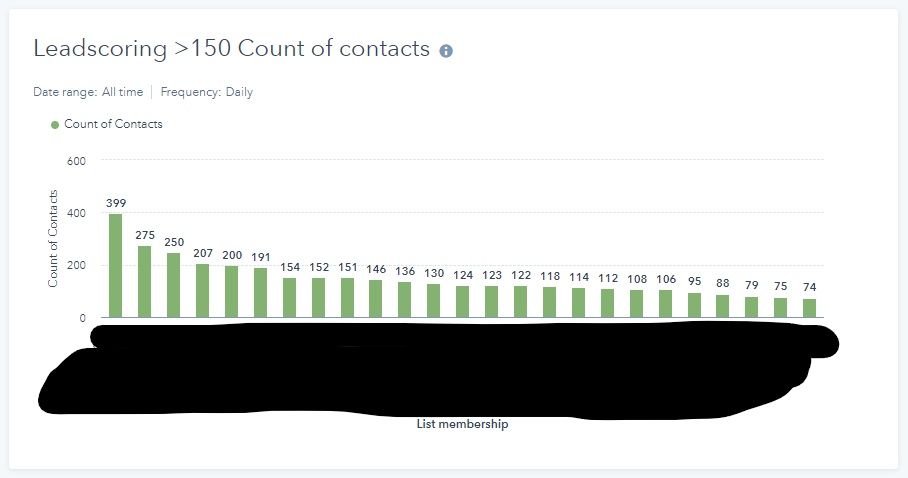 This is what the same report looks like now. A lot of different lists added even though i filtered on the lists i want to see.

Who: The type of feature is relevant for Marketeers and their management.

Goal: The ability to see list performance based on segments instantly in a dashboard.

Value: Instantly report on list memberships. With the ability to fully customize who shows up in your rlist report.

Im looking for that as well.

I'd done a similar thing, and now found it's all broken fixed so it no longer offers usable data. It seems a little absurd that filtering dashboard or report results by a specified list doesn't actually filter by said list at all.

Has anyone found a fix/workaround for this?

This is a great idea! Reporting could be improved drastically if we could see how list memberships change over time on our dashboards. I currently have to go into lists individually to see their performance and add this information to a spreadsheet offline to present to my team.

Lists can show me almost everything I need to know about our contacts so it's immensely frustrating that I can't put this information all in one place on a dashboard. I hope HubSpot will take this on board.

Yes, this is a feature that I could use as well.

I've been also needing this with several of my clients. This would also make it way easier to report on form submissions since form reporting has the same issue as list reporting. You have to go under Forms to see / manage reporting.