I usually like to have a follow up every two months on certain deals. So I would like to be able to change the suggested dates on the task reminder in order to have a suggested 2 months instead of 1 or 3 for example.

I think having multiple options and being able to select somewhere in settings which ones you do/don't want to appear would be great. 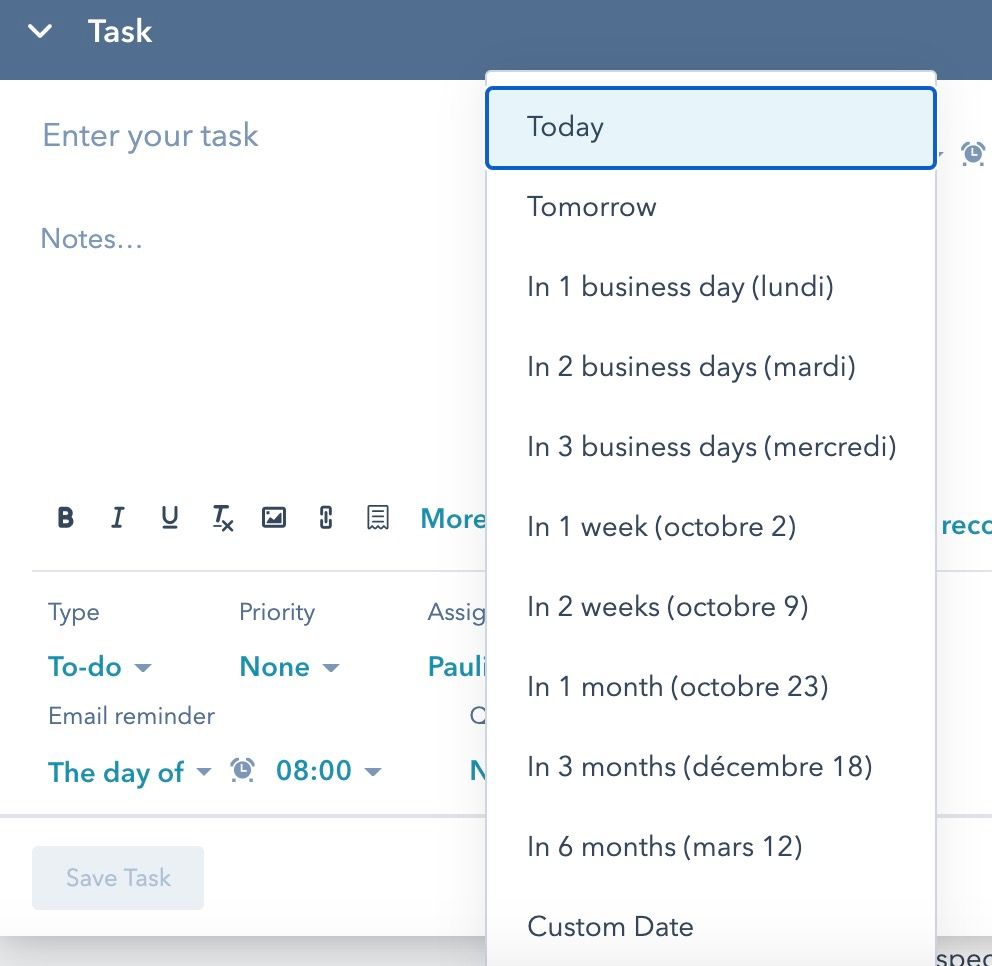 Yes, this is needed desperately!