I noticed that some leads are misatributted to Direct Traffic rather than Paid Search even though the paid ad interaction is correctly tracked and is displayed in the contact timeline.

For instance, when a visitor click on an ad before his/her first conversion then later come back to the website through a direct URL, then convert to the wesbite, he/she will be sometime tracked as Direct Traffic rather than Paid Search even though the ad interaction showed to have happened in the timeline before the conversion through direct traffic.

However the current filter only allows to filter by fixed date. 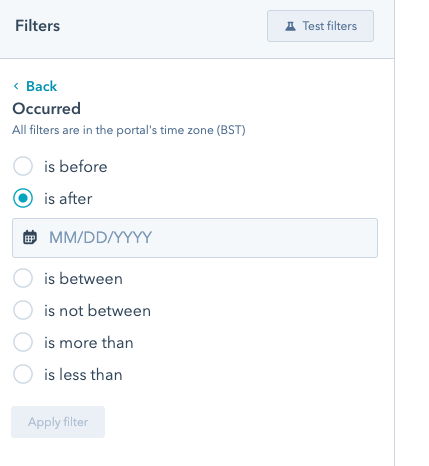