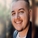 Role: For anyone who needs to import existing folders/files into file manager from their computer.

Goal: When importing files into File Manager, allow the import of folders, including nested folders.

Example: When migrating from one HubSpot portal to another, you're able to export all of the files from File Manager. These files will export in the same structure in which they were stored in HubSpot originally, within nested folders. However, if you try to import those same folders/files into a different portal, you have to recreate each folder manually prior to being able to import the files.

Value: Depending on how many files a company has, it can take hours upon hours to recreate all of the nested folders and import each folder's files separately. This is a huge waste of time and delays onboarding since almost all assets depend on the files being available.

Please create this feature. I am staring at HOURS of work to recreate the folder structure.

Hi all! This remains a huge issue for many of your customers, particularly the ones migrating from one HS portal to another. Any updates?

indeed a must have!