When a rep is using a playbook, we would love to be able to drop personalization tokens into that playbook that show form submission answers right in the playbook itself.

Right now they have to look through the contact record to the form submission - would be much easier if it could just be right in the playbook for them when they attach it!

What Duff said! This would be very helpful. 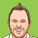 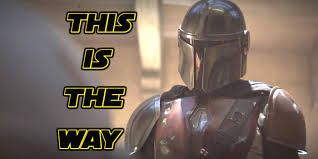 Same with links they can click on with personalisation tokens (UTM parameters suing tokens). This could turn the playbook into a pseudo app as well.

Yes please! This would be brilliant and make calls much easier for our clients, with the whole script in one place without having to look at the wider contact record to find pieces of information stored in properties.

I fully agree we need it asap 😉

Like others have said, I would like to be able to pull through key info from properties into the Playbook so that all the info required is in one place, rather than having to dig through properties. There are SO many!

Agreeing with everyone above, tokens would be great to have in Playbooks just like they can be used in Snippets and Email Templates. It would make playbooks even more useful for our company.

This is a great idea, i would love to hear when we can expect this to be implemented

Agreed! There should be the option for the playbook to populate the right answer and then if there is clarity or correction that can be made through the q/a feature.

Same. We use Playbooks to serve up scripts. "Hi [firstname]..." looks silly when they are on the contact record where firstname is known.

I'm adding my voice to this thread as well. It would make so much sense to have personalization tokens here, specifically for call scripts so our team doesn't have to scroll for information.

Yeah agreed, I was confused to learn this didn't already exist for Playbooks. Personalized tokens are something Hubspot already makes great use across the CRM so why not Playbooks?

Over 2 years since this was pitched, and yet it seems like basic functionality? Come on HubSpot 🙁

We were so excited to explore Playbooks, but completely shocked to learn that you can't insert properties dynamically.  As other mentioned, it seemed that this would be a BASIC functionality of this feature.  It would make it SO much easier for sales people to not have to look in multiple places to do calls.  Please add INSERT PROPERTY

Please make this happen, providing critical recall information would be so helpful to kickoff a playbook. Let the rep read a line or two with known information before diving into their pitch.

Commenting as well and following, was surprised to see this wasn't already a feature.

When creating a script and playbook for my reps, it's critical that we are able to personalise it so the team have a consistent series of scripts to follow, including customer and deal information all in one place.

I think the consensus on Playbooks is this...

Playbooks could be an AMAZING feature.  So many express joy when finding them, thinking "finally, a way for sales people to follow a simple stript that is customized for the call and easy to enter in information as they answer questions".

Then you realize that for some reason, the Playbooks are not customizable with personized tokens.  You can't have the contacts real data inserted, so you have to use ____ for their name, no different than a typical script.  So instead of being an awesome tool that solves a major problem, they still have to fumble back and forth to multiple places to use it.

Even the inputs are sort of messed up because it adds a wierd unwanted Notes field every time that can't be removed.  Really??? Sometimes you don't want a notes box, you just want a simple dropdown.

You think to yourself, "Man, this wold be so awesome, if only they would make a few small simple improvements, this would be the coolest feature in all of Hubspot!"

Determined, you keep looking for answers, thinking there is no way Hubpot would leave such a cool idea so close to completion, but yet virtually useless in its current state.

When you find this thread you get a glimmer of hope, but then realize that nobody from Hubspot seems to even read this stuff.

You then waste even more time writing a post in desperation, hoping maybe, just maybe, someone in orange will come to the rescue.