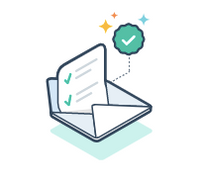 Legitimate import Quarantined - how to resolve?

We're migrating from a different CRM and importing our previous legitimate opted-in customers into HS.

Being new to HS, I performed a few test imports, and along the way one of these imports was quarantined, affecting a large number of legitimate customers. Now they are stuck in quarantine, even if I wipe the entire Contact list and re-import from scratch.

Thought all was good... however:

So, now I'm stuck with a slew of Contacts that were originally not quarantined in import #1, but because of import #2, they are now stuck in quarantine status.

According to the KB Quarantine article I would need to send one-to-one communication to recipients and hope they respond so they can be removed from quarantine -- not a viable option with hundreds of Contacts that were not quarantined on the first import and are all legitimate opt-in customers.

How can this be resolved?

Hi @ScotP,
Thank you for your detailed explanation! We understand that it can be very frustrating when things don’t go according to plan. Contacts can get quarantined by our automated email deliverability protection systems and are, as a consequence, not eligible to receive marketing emails.
You can still send them one-on-one sales emails - if they reply, they will be removed from the quarantined list.
You mentioned that sending one-on-one emails is not a viable option in your case because of a large number of contacts. Our Starter, Professional and Enterprise subscriptions include the option of starting a remediation process with our email team. We’ll be glad to initiate the process, but to be able to do that, we would need additional information. We will follow up to your inbox to request this information directly, what we'll need is:

Thank you for continuing to work on this with us, we apologize for the inconvenience.

Thank you for the helpful reply! Yes, we would be glad to get the process started and will wait to hear from you directly. In the meantime, I will gather the requested information. FYI, this inquiry should already have an open ticket, as I corresponded on Friday via chat with HS support.

Thank you for your assistance

New to the Community?
Get Started here
Legitimate import Quarantined - how to resolve?
Marketing
Nov 8, 2021