Our dashboard on HubSpot is not updating and hasn't been for a couple of months now. When I called HubSpot, I was made aware that they could not help me over the phone. This is a basic functionality issue of a product and should be addressed. Please can you call to help me fix this.

Hey @CH1994 I'm happy to dig into this further with the Support team on your behalf. I'm going to need to clarify some further details in order to do this:

Thank you @CH1994 I need to know specifially what data you are expecting to see. What are the actions have you taken using the CRM that are not populating the dashboard. The more detail you can share the better. Thank you!

I'm looking specifically at the 'deal stage funnel' after our first 4 stages there it is all '0%' which isn't accurate. It has said this since we first added it to our dashboard and hasn't shown any change. I would like it to update. Thanks.

Hey @CH1994 your Deal Funnel report does appear to be working as designed. 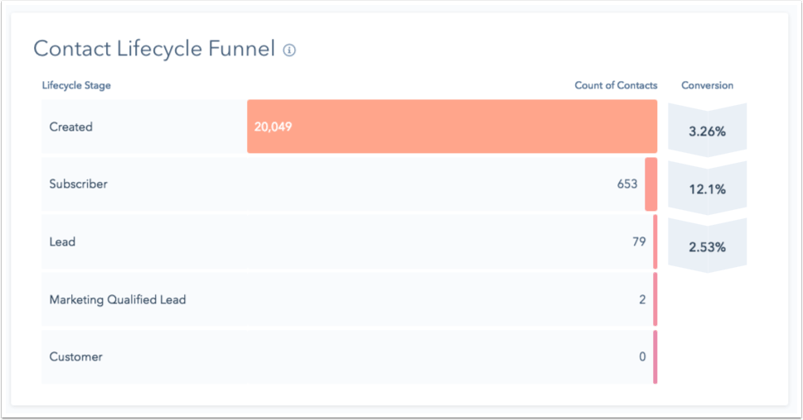 Let me know if I can clarify or explain the above further.