Curiously, my company lives in the Microsoft ecosystem... but we use Slack for messaging and Zoom for video meetings, rather than teams (for either).  Just prefer the UI and integrations of Slack.

Interesting there's no strong support for Teams here, yet.  Maybe we're missing something with Teams and could be leveraging it better.  I'd love to hear more from Teams users...

"If you live in all things Microsoft (ie. Outlook), Teams may fit well into your stack" this is really the heart of the matter. For every MS program there is a better alternative e.g. slack over teams, however, what Microsoft does do well is give you something for everything and integrates it all together. Given that I work for an NFP and we get cheap MS products to start with, the benefit of that integration outweighs the fact that other programs have some better features. 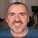 Hi @Nynke_HM @dianalcont @DanielAudio19 @ndwilliams3 @mkarsten @Herman @Dan1 @Jonno_Price @PeterC @JeremyHong, I wanted to bring this thread to your attention.
I would love to hear your thoughts on this matter! Slack or Microsoft Teams - which has been the best solution for your companies?

I agree with @dianalcont wholeheartedly. I haven't used Microsoft team either. 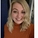