If I leave Outlook running for a while, then go back and look at my 'sent' emails that are being tracked, I start getting messages that they've been 'Opened' when it's me that's doing the opening.

Last night, after sending several introductory emails to prospects, I went and reviewed them in the 'Sent' folder in Outlook.  Nothing showed up in the Activity Monitory.  This morning, I read them again at 11:30 and got notices immediately in Outlook that they had been read.  Five contacts now have an event at 11:30 stating that the emails were opened.  It appears they were triggered by me reading the eamils.

I shut down Outlook at 12:00.  Opened it back up and when I reviewed the emails again, no new notices showed up that I was reading them.

I suspect the problem has to do with some authentication time-out.  The authentication token used by Outlook goes stale.  Then when I go to read my sent emails, it doesn't recognize me and thinks it's the customer that's doing the reading.  Restarting Outlook seems to clear the problem.

Thank you for posting in the Community.

This thread explains this more in detail: https://community.hubspot.com/t5/Mobile-Application/How-to-avoid-false-positives-in-email-opens-trac...

You can block self-open notifications in Outlook by following the instructions here.

I have followed these instructions.  Let me repeat the issue.

When I first open Outlook, there are no issues.  The notifications work as expected.  When I review an email sent yesterday, no new notifications show up in the 'Activity Feed'.

If I leave Outlook running overnight, when I review my 'Sent' emails in the morning, I start getting notifications that coincide with the time I review the emails.

If I exit out of Outlook, then open it back up, this doesn't happen when I review additional emails from yesterday.

This has all the symptoms of a Security or Access Token expiring.

Apologies for the delay, as I have been out of office.

Thank you for clarifying the behavior and for confirming that you have already followed the steps in that article.

Can you confirm that you are using  Outlook 2016? 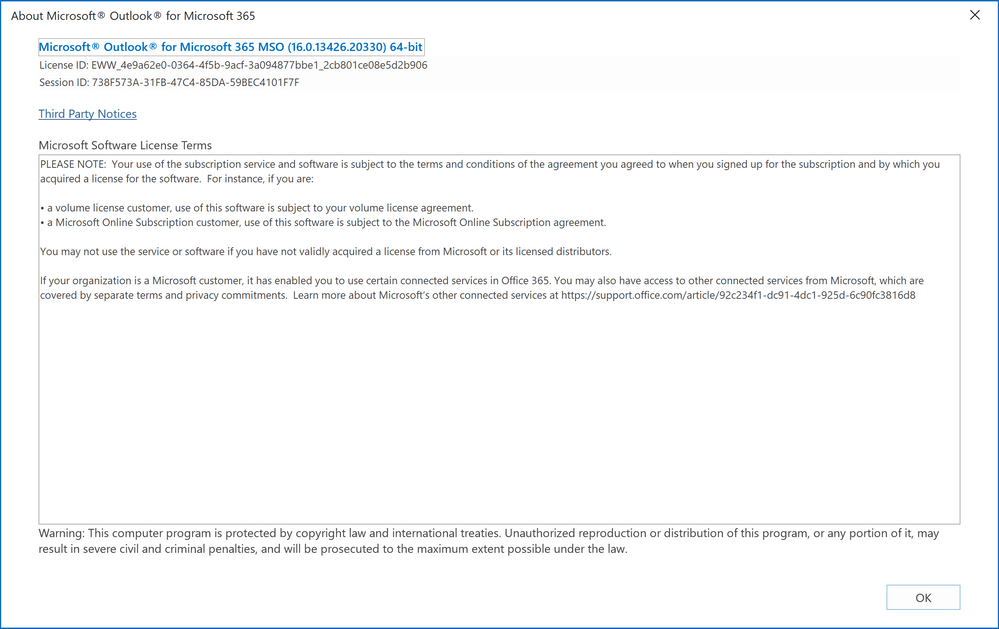 Here's the About page.

I spoke to the backend team about this, and they have not received reports of this behavior before. To help us troubleshoot further, can you provide the following information:

1. A screenshot of the Outlook add-in in the Outlook ribbon (this will help us confirm if you are using the 365 add-in or the Outlook destkop add-in ).