Got a bit of a strange one.  I normally set Close Dates for the last day of the month (for several reasons).  If the date is a weekend, I can set it fine and it holds.  I use Chrome/Windows for most of my HubSpot interactions.  However, if I open the Deal in iOS and do any changes to it, then save the changes, the Close Date gets automatically pushed back to the lastFriday before the end of the month.  This change gets pushed to the database and so if I am using the Chrome/Windows interface at the same time and refresh the screen, for example, the date there changes too.  Note that if I never use the iOS interface, the date stays as the correct one (last day of the month, regardless if it's a weekend or not).  I've been able to duplicate this fairly consistently.

Hi @dwvnortek, thanks for posting.

I followed the directions you provided on my own mobile app - I took an existing deal and made a change to the record. I changed the deal amount, changed the deal close date and associated some contacts. 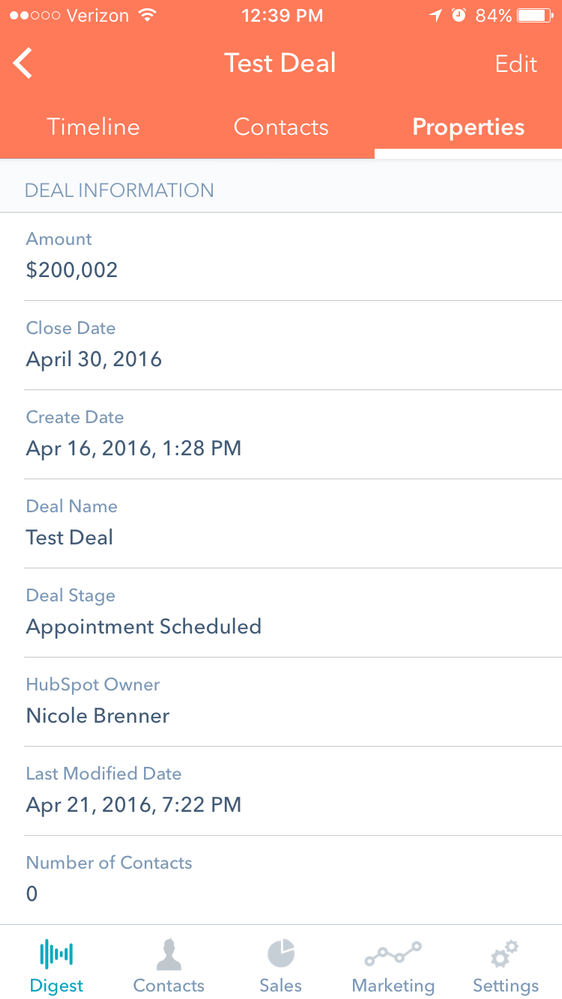 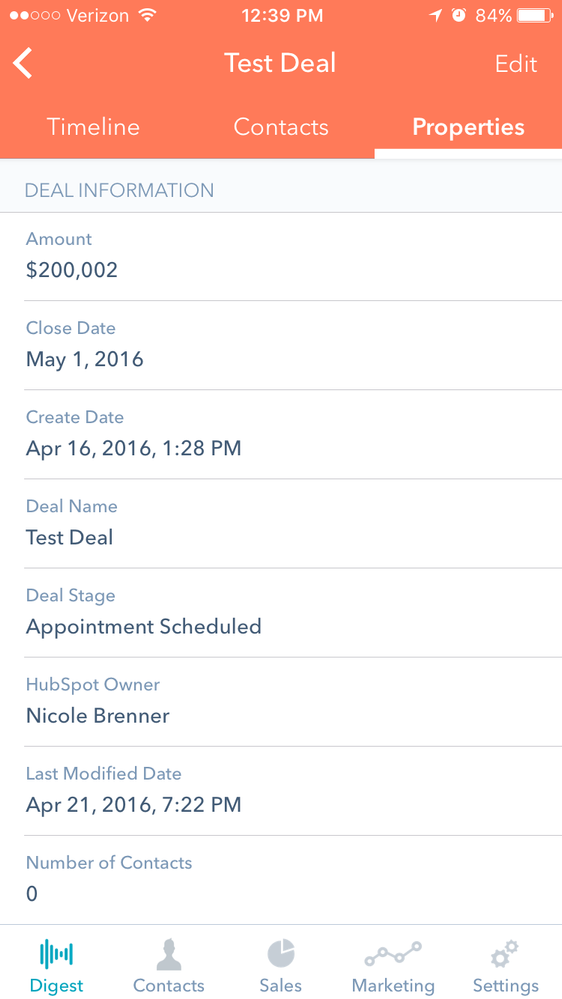 I also took a look at the deal on my desktop. The Changes to the deal were reflected, and I could see that by looking at the property history. I could also see that the source of the change was mobile ios

Could you please upload some screenshots of this behavior? Possibly one of the close date property in the app before an update, as well as a screenshot after that might demonstrate a change?

Also, I would recommend checking the app store to make sure you're using the most up-to-date version of the app.