hubspot workflow extension can not deleted 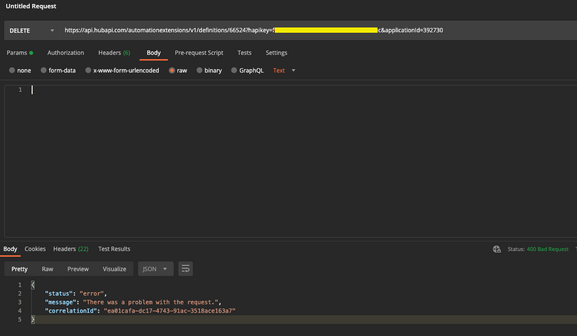 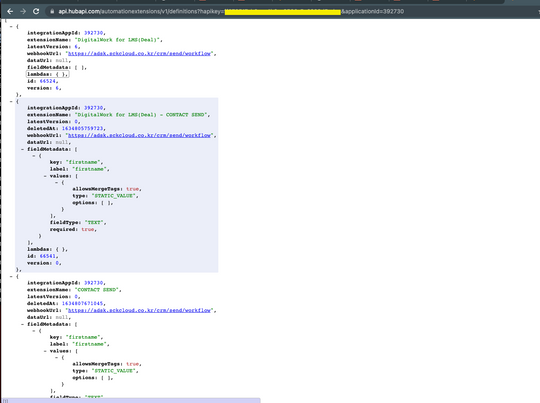 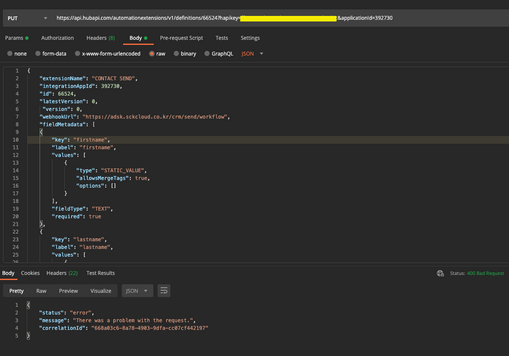 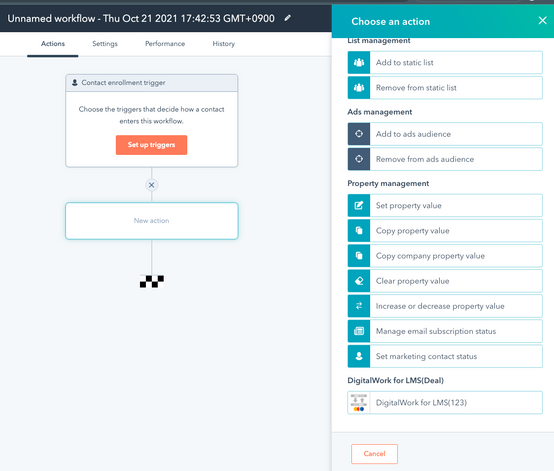 Hi. Hubspot developers.
I have a big problem.
I was going to use workflow extensions.
It was created as a TEST using the API below.
And as I used the UPDATE API, errors began to come to response.The update was not made due to an error. So I tried to erase it. So I tried to use the delete API, but it is not working either.There is an error, and only “message”: “There was a problem with the request.” is coming. It doesn’t teach me which request went wrong.I’ll attach a picture.
When inquired by GET, it can be seen that two were deleted through deleted At.
However, the first workflow extensions that were created are not deleted.I think we really should do something to solve this problem.
Can anyone help me?
CMS Content Deals Developer tools
Reply
0 Upvotes
1 Reply 1

@sooonding , Are you still having an issue?  I have seen  that sometimes it takes a bit to be deleted.

New to the Community?
Get Started here
hubspot workflow extension can not deleted
Developers
Oct 22, 2021