We're using Zapier to integrate Eventbrite and Salesforce. I had a technical question about the Eventbrite integration that Zapier provide and they said that it was built/provided/based upon Hubspot, so it was best to ask here.

Currently, the Zapier integration provides 2 versions of the Description of an Event, 1) a plain text version; 2) an HTML version with text formatting, etc.

This is interesting because the Eventbrite API recently deprecated returning the HTML version of Description, so I was wondering whether:

a) This is currently working, but there's no guarantee that it will continue to do so

b) This is working because the Hubspot API that Zapier uses has been updated to use the newer Event description end point provided by Eventbrite.

I'm not sure who to ask as I'm not a Hubspot customer and Zapier themselves don't seem to know? 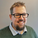 The HubSpot Timeline Events API can be found here:

In the endpoints you can see that there are a few places describing the use of HTML in templates or details. I don't think the issue is in the HubSpot end but I dont fully understand your question since we need to have a full picture of how Zapier, Eventbrite AND HubSpot API works. I have knowledge of both Zapier and HubSpot API but no experience in the eventbite API.

Whats the main issue? Do you want to be able to render timeline events in HTML based on activities in Salesforce using Zapier and Eventbrite?

What do you want to accoplish if this works perfectly?


Want to help me?

Go to the following links and read through the ideas. If you like them - give the idea an upvote

Thank you for responding. Unfortunately, I don't think it's answering the question I'm asking. This is probably because I'm not sure exactly how to ask it and the situation itself is quite opaque.

I'm not looking for functionality around Hubspot's Timeline Event API. Instead, this is a question about how Zapier uses the Hubspot API when querying/receiving information from EventBrite about their Events. I have been told by Zapier that they are using Hubspot's API to provide information about EventBrite events as part of their Eventbrite integration. Therefore, when I've asked a technical question to Zapier about their eventbrite integration, I've been pointed in this direction. However, I'm not sure who in Hubspot (or within this forum) will know the exact details of how the integration between Zapier and Hubspot is working.

@Andy4 Thanks for your reply.

To be honest I think that the developers of Eventbrite and Zapier is the once that you be able to answer that better. You really need to understand how they build their applications and what enpoints of the HubSpot APIs they are calling in order to understand if it could be a deprecated HubSpot API or not. Things change all the time - new HubSpot API is found in https://developers.hubspot.com/ meanwhile the old API (some still working, some depricated) can be found here: https://legacydocs.hubspot.com/docs/overview

To be fair - I think we can leave this topic open for a wonder miracle to happen (if someone with better knowledge sees this. But I would say that the chanses of you getting a good reply here are slim to none. Therefor my recommendation is to go to Eventbrite in the first place and back to Zapier in the second. The main issue seems to be the fact that they do workaround and lack documentation around it.


Want to help me?

Go to the following links and read through the ideas. If you like them - give the idea an upvote