Search APIs & Integrations for solutions or ask a question
Turn on suggestions
Auto-suggest helps you quickly narrow down your search results by suggesting possible matches as you type.
Showing results for
Search instead for
Did you mean:
Options

Deals are central to a CRM. Businesses need to be sure of what the state of their pipeline and closed business is. Deals hold information about completed sales and potential future ones. Because mistakes happen, we are releasing the ability for customers to merge deals together.

If a customer merges Deal A and Deal B, HubSpot creates a new deal from that merge: Deal C. Deal C now is considered the canonical deal, and it has the combined property value history from both Deal A and Deal B and their associated objects (Contacts, Companies, Tickets, Line items and Engagements). Deals A and B are no longer visible in the app.

If you make a GET request for Deal A, the dealId in the response will be Deal C’s dealId, so it’s important not to assume that HubSpot will always return the same dealId as the one you requested.

It’s important to note that deal merges through the API are still not supported. They will only be available in the HubSpot app.

When is this happening?

Customers will be able to merge deals starting the week of February 23rd.

If you have any questions, join the conversation below.

It looks like there is still no support for deal merging via the API or webhooks. Is there a timeline on when this might happen, or at least a feature request I can upvote? I can't find aynthing on it...

It's great that merging deals is possible but man this really **bleep** to not be able to do it via the API.

I would rather be able to do it only via the API and not via the front end if I had to choose.

What is the ETA for being able to merge deals via the API.

And has anyone figured out a way to be notified or kick off a workflow whenever a deal is merged?

1. No merge api - though there are ways around this.

2. Still no Webhooks support for Merge events. Not on any objects... You will have to poll for changed deals, and look for the existence of a deal property called "hs_merged_object_ids" 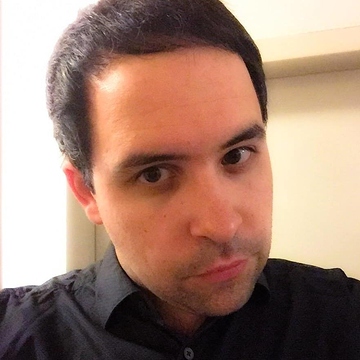 The deal merging feature was supposed to be enabled on February 23rd, but we still cannot see it in the UI. Is there anything we need to do to test it out?

I would like to know how this process works. Is a different process than merging contacts and tickets?

Hi Jon - this is awesome news - and well timed for my company. We bring in e-commerce deals as new deals into HubSpot. Since we also have sales guys, they often have added a deal as they're working with a client who then purchases on the site.

How does one actually merge deals in the HubSpot interface? Are there any role or platform level restrictions?

Thanks for finally releasing this.

Although I agree that it's extremely annoyiong not being supported by the API - will it be possible to merge deals through a .csv file or do it by bulk somehow?

Due to the delay of this release, we literally have tonnes of deals to merge and practically impossible to merge everyone manually.

Will it be the same issue as with merging companies - ie. not isn't possible?

1. Why is this behaving differently than merging contacts and companies? Specifically, Deal A+B = Deal C.  From a data integration perspective, it's nice to have at least one of the original Deal Id's stick around. This also means we need to have 2 different data integration strategies to manage for merging.

3. How about webhook support for merging Contacts, Companies, and Deals? There is currently no way to for external systems to know when end users are merging objects in Hubspot. This makes Data Integration problematic. Community has been asking for this for over 2 years.

Deal merging is awesome and our sales team loved it! But for those who are dealing with data integration it's kind of incomplete.

Please add something like a webhook subscription for merged deals rr even a way to activate a worflow when deals are merged. We need a way to be notified about merged objects.

Deal merges work on the same system that ticket merges work on, which has the behavior that A+B merge into C.  Basically our generic merge logic always does A+B=C, but contacts and company merge logic are on older systems that handle merges in their own special way. While I have nothing to disclose at this time, it's possible that future versions of older APIs may eventually adopt this behavior.

We understand, the desire to be able to use our APIs to do most of the functionality that the HubSpot app itself has. We are always striving to open up our functionality via the APIs. In this case since merging deals was a common pain point for customers it didn't make sense to delay releasing this feature until an API was available.

How about webhook support for merging Contacts, Companies, and Deals? There is currently no way to for external systems to know when end users are merging objects in Hubspot. This makes Data Integration problematic.

While I have nothing to announce at this time, we hear you. We understand the frustration there, and want to make this experience better for you and for your customers.